We’ve got a solid contender here. But what exactly do we know about Barrier Man? 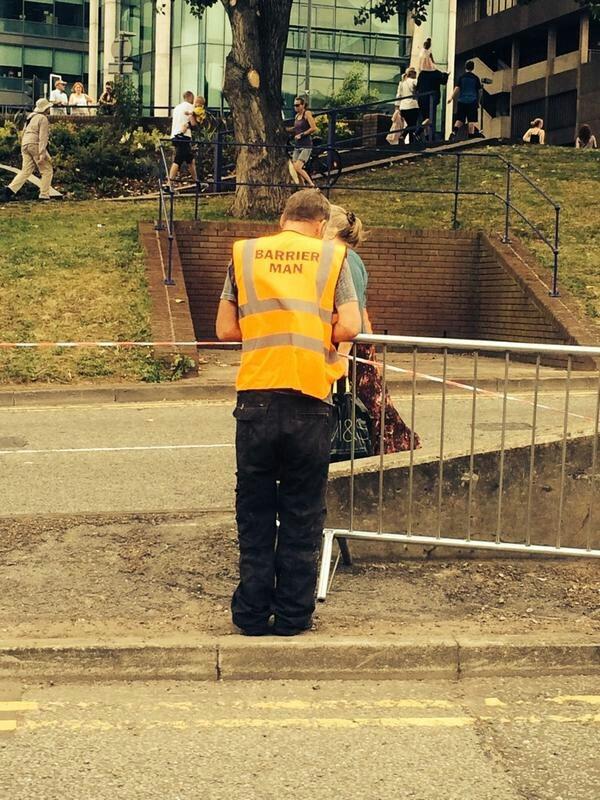 Name: Vincent Ward/Barrier Man
Abilities/Powers: See Picture
Bio: By day he is mild-mannered Vincent Ward (Vinny to his friends). By night, he dons his ultra reflective armor to become Barrier Man! As seen in the picture you can see his powers already at work as the women in front of him is frozen and can’t seem to get past.
Affliations: The League Of Containment
Main Villain: Gate Crasher and Stage Diver
Worst Contribution: Has been credited with building the barriers for many men put in the “Friend Zone”.

We salute you Barrier Man for keeping us safe from things that would probably not hurt us anyway!