*Disclaimer: you’re probably sitting there saying “how could this idiot let auto-correct spoil his headline?” Well the NFL owns a trade mark on a certain term that refers to the football game that took place last night. I’d rather not incur a lawsuit from the NFL, so take a chill grammar Nazis.*

Here You Go Patriots, We Didn’t Want To Win Anyway 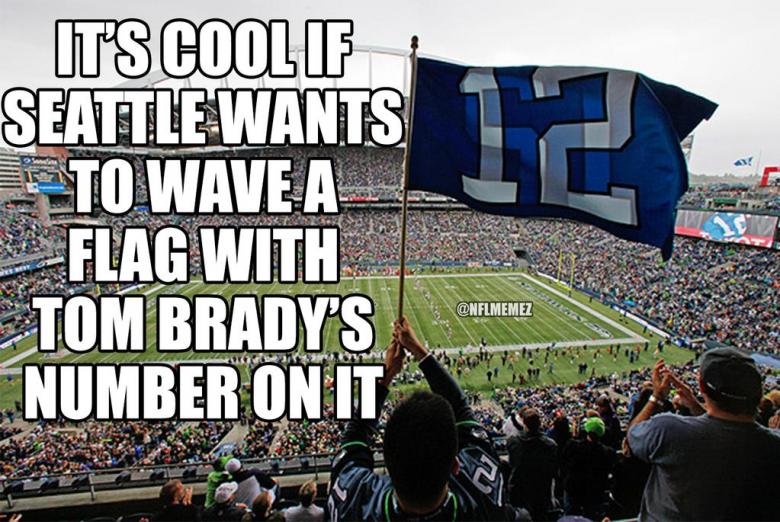 Photo Credit: LatinTimes
Alright, to give this article some legitimacy I’ll start with an actual sport related WTF moment. One yard line, 1 time out left, 3 chances to get into the end-zone, best running back in the league who on every play powers through people, or you can pass? This seems like one of those tests where they give you the obvious wrong answer, and for some reason the Seahawks said, “yeah let’s pass it.” Seahawks fans, I don’t care what reason you try to come up with, I don’t care if Pete Carroll came out and said it was the right call, it wasn’t. Might be the worst play call in the history of the big game. I’d rather take my chances losing by trying to run the ball in with Marshawn Lynch, then throw a pick and lose for sure. Don’t feel ashamed or bad Seahawks fans. My Lions are the only team left in the NFC to never make it to the big game. At least you guys have made it to the dance. Just next time, when at the dance, if you’re girlfriend says, “let’s hookup in the bathroom” don’t answer with “here hang out with my attractive friend while I get some punch.” 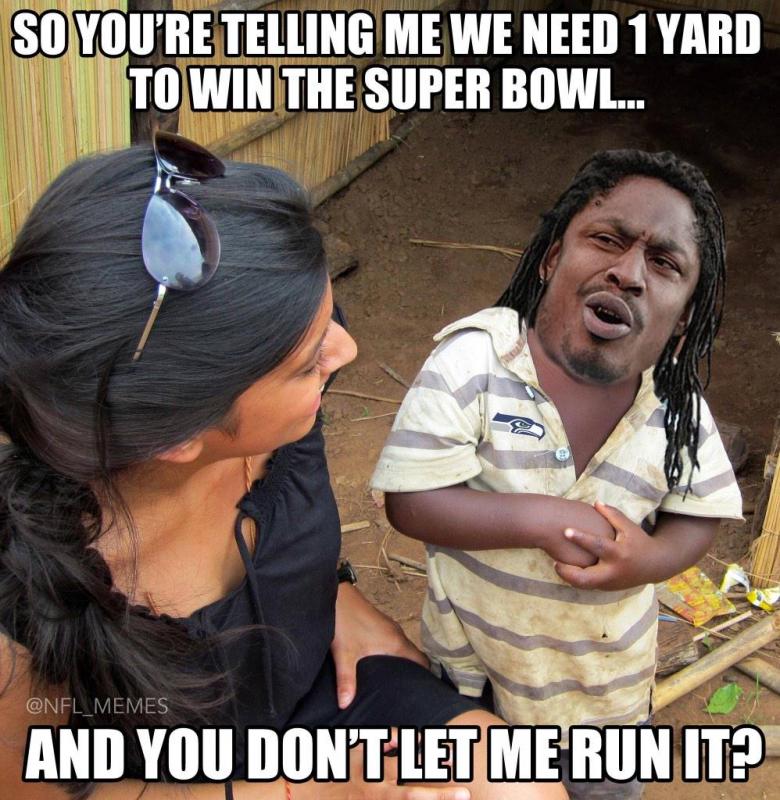 Take The Air Out Deeeeez Balls 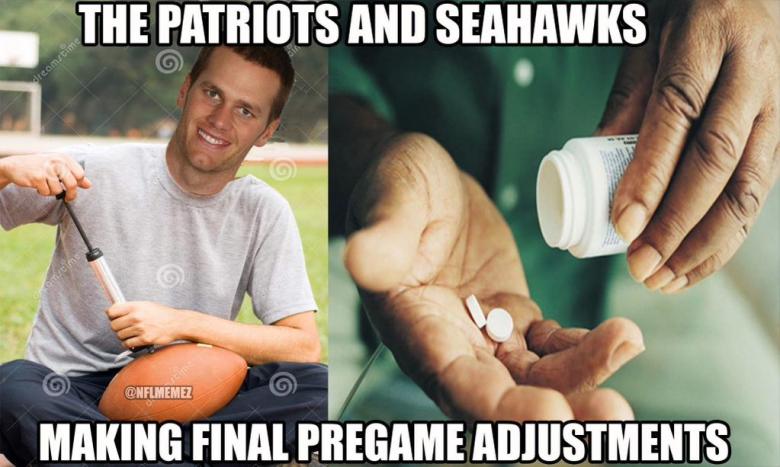 Photo Credit: LatinTimes
Now this went on for really the last two weeks but the 5 hours of pre-game really drove the nail into the coffin for this one. At one point during the pre-game they were interviewing President Obama and asked him about it. I think the POTUS (always wanted to use that) has bigger things to worry about then if some footballs were a few ticks below on the scale. Also, they couldn’t stop saying “Deflate Gate”. Stop putting Gate at the end of everything. The Pats won by 38 points, the Pats defense had no problem intercepting the balls the Colts were playing with. I loved how many people I saw on my feed who know nothing about football but still kept calling the Pats cheaters. It was their one thing they could talk about concerning the game so they were going to ride that horse till it died, and it did. It’s not a controversy.

Accident Or Purposeful
Considering how this NFL season started (confused? Google Ray Rice or Adrian Peterson), I thought it was equal parts funny and sad that NBC decided to run a promo for a new show entitled “The Slap”. I can’t remember for sure, but it might have been in the same commercial break as a “No More” commercial. (Also, this show is going to suck. Take that to the bank.) It’d be like if during the World Series, Fox ran a commercial for a new show called “Roids”. Or if during the NBA finals they ran a commercial for a new show called “This Is The Most Scripted Sport I’ve Ever Seen. It’s Basically Professional Wrestling, But We Play Basketball Instead.” Or if during the Stanley Cup Final they ran a promo for a show called….well it wouldn’t matter because no one would see it anyway. Just kidding, I’m from the North, I love and played hockey. Go Wings! Take that Nomi!
Look at this fool 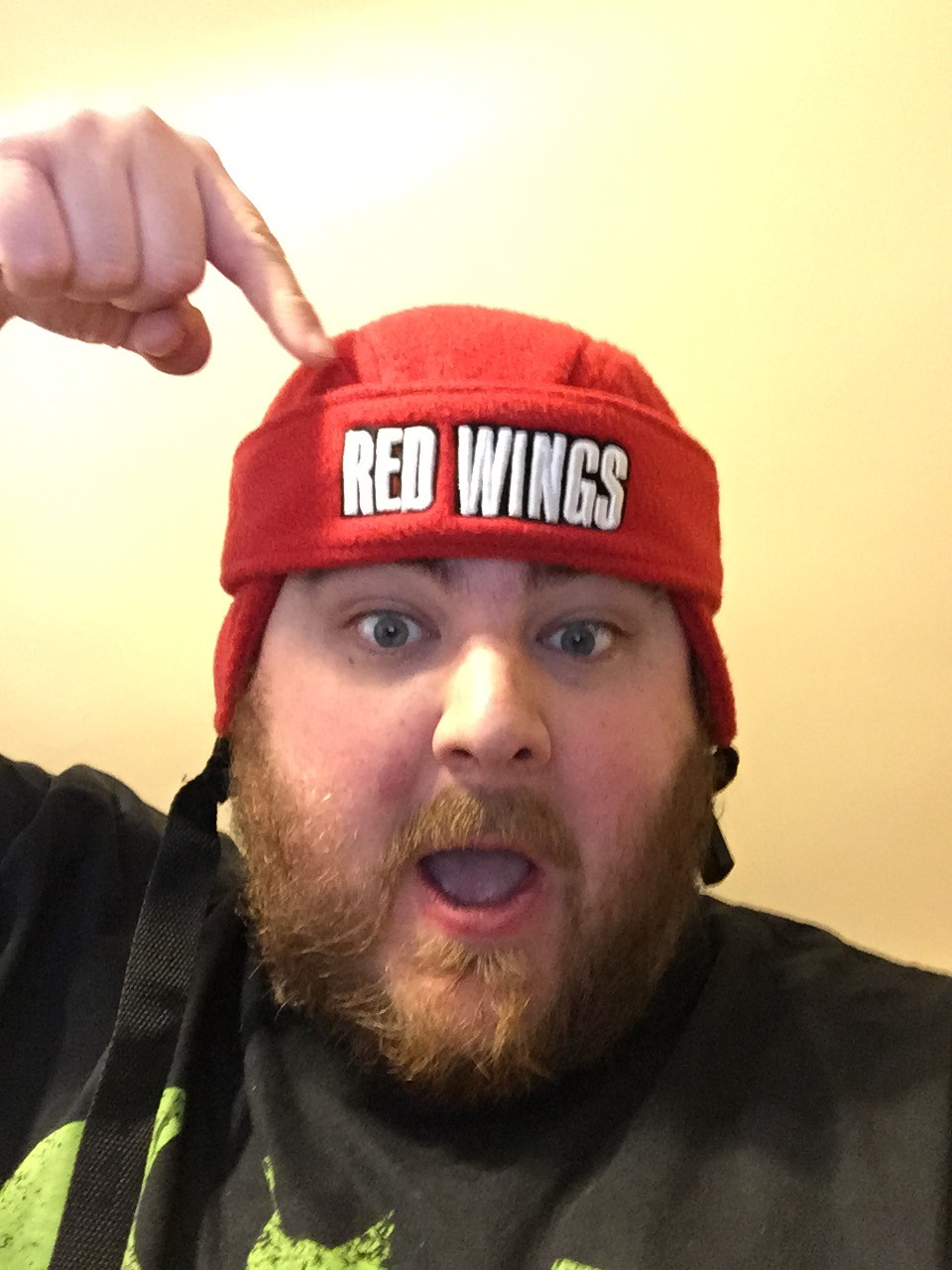 Work It Like It’s 2002
Ok I won’t harp on people lip syncing during the half-time show. It’s a given these days. I mean after last year when the musicians didn’t even have their instruments plugged in it’s not really news that people are just “performing” to a backtrack. I actually enjoyed Katy Perry as the halftime show. Large gold Lions, singing and dancing beach balls and sharks, Lenny Kravitz “playing” guitar. It was entertaining for sure, no one can debate that. However, why was Missy Elliott there? Katy Perry is the least intimidating performer out there. Don’t get me wrong, Missy Elliott killed it. But it’s 2015. I feel she would’ve been more at home at the game in the early 2000’s. I mean the songs she performed all came out over 10 years ago. I know the NFL has wanted classic artists, but is this what it’s come to? Also, Lenny Kravitz was as under-utilized as Bryan Cranston in Godzilla.

Oh Did You Forget Things Suck?
Now because as previously stated, my Lions have never been in the big game, the commercials are all I got when it comes to game. I enjoy them and am always on the lookout for the classic one of the year (Budweiser frogs, monkeys in suits, talking babies, Cat herding; I could go on all night), but for some reason all the advertisers went for the emotional appeal this year. We got off to good start, Heisenberg selling “Pharmaceuticals”, Danny Trejo and Steve Buscemi in The Brady Bunch, The Today Show explaining the internet in 1990; I was on board with these commercials. But then something happened. Every commercial started having a message, and that message was “you are doing nothing to improve the world we live in.” Honestly, I watch sports to forget about the tragedies in the world for a few hours. Think about the commercials from last night for a second; you had Amy Purdy who wins snowboard medals without legs, Budweiser’s lost dog commercial, the “Run Like A Girl” commercial, the “Cats in the Cradle” race car commercial, the scared wife 911 call No More commercial, the Jeep commercial that ended with the tag “The World Is A Gift, Play Responsibly”. My God, quit beating me over the head with it, I get it, I’m a horrible person who should be volunteering at the soup kitchen right now instead of watching the game. The true standout for me was the Loctite commercial because it added some humor to a night of Debbie Downer moments.

However, the worst offender of last night…

Oh You Enjoying This Game? Well This Kid’s Dead.
If you somehow missed it, or are just a masochist watch the ad here.

Are you kidding me with this? At first I thought there was no way it was real. I thought it was one of those SNL fake spots. But nope, it was Nationwide’s real ad. I get what they are doing. They made it purposely over the top because that way people will debate it and they’ll get free advertising on all the “talking heads” channels figuring out if it was too far. I guarantee it will never air again; their gambit was one time so it would be the most remembered spot of 2015. One way to guarantee that? Make your commercial about dead kids. There’s actually a much more intense one too. If you want to watch that one here it is to you weirdo.

Did I miss some moments that had you scratching your head? Comment or tweet us using #WTFBowl and we’ll post the best ones on the article. Congrats Pats and Pats fans. Lions will be there one day in my lifetime (I hope at least).