I am a super dork when it comes to the show Saved by the Bell. When I was in my early 20’s, I helped mold a list of drinking rules to Saved by the Bell into a beast of a game. Seriously, if Zack calls a timeout, you are screwed! Or, when the there is a “dream sequence”…forget it. I seriously own all the seasons on DVD’s because of it. One time, I ran into Dustin Diamond and forced him to sign them. Like I said, I am a total dork for the show. The Executive Producer of the show, Peter Engel recently wrote a book about his career and how he stumbled into the show in the first place. As the Saved by the Bell dork that I am, I jumped at the chance to talk to him all about it. 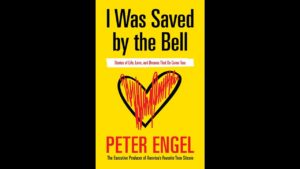