So of course one of the biggest stories yesterday was the fact that Batman v. Superman’s (Worlds Finest) trailer was leaked from a Portugal source. The internet exploded and the video was viewed millions of times (about half of those were me). Then, being in my opinion, “super” cool, WB and DC decided to just release the trailer instead of trying to spend their weekend hunting down all the copies that popped up everywhere.

So if somehow you were under a rock yesterday, or maybe your internet quit working, check the trailer out below and then I, as the Sparks Radio resident comic nerd, will walk you through some of the images and their implications for the movie as well as point out what you might be interested in reading before the movie is released next March, and what you might have missed in the trailer. Photos are all screen shots from the trailer and property of WB and DC, unless otherwise noted.

Alright, let’s start at the top

Several monologues going on. We hear Holly Hunter who is listed as playing a U.S. Senator in the movie, we also get to hear Jesse Eisenberg as Lex Luthor and during these monologues we see…

So they are obviously going with the angle I was hoping they’d go and making Superman a villain of sorts. A man with all power who can’t be checked or controlled by people in power, but is worshiped by the people of earth. Much like Russell Crowe’s monologue in Man of Steel (“He’ll be a God to them.”). Again, since this monologue came true I have to imagine the big payoff will be the other half of his monologue (“In time you will help them accomplish wonders.”). But I noticed something funny in that first shot I had to point out. Did anyone else see the lame Black-light gang from Batman Forever? Here’s the same picture with them pointed out, and then to refresh your memory, the Batman Forever gang. 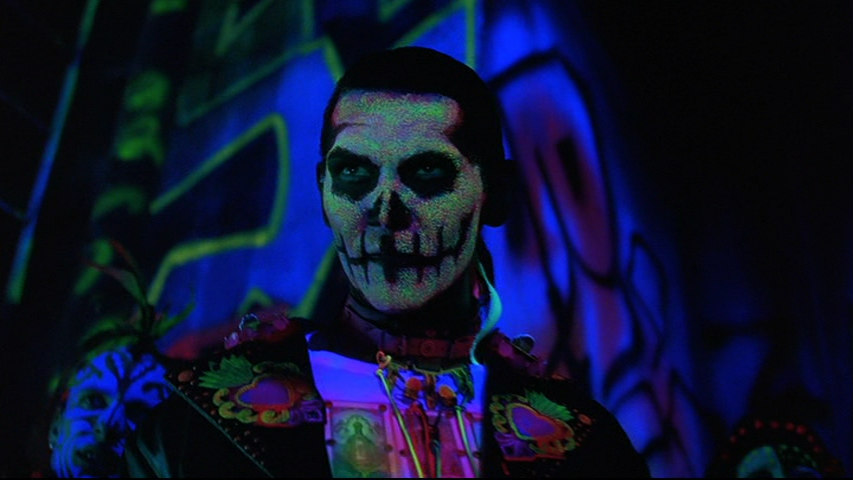 Alright, anyway, we see a few more shots of Superman being worshiped and then…

Again, love the false God angle. Perfect since he destroyed all of Metropolis in Man of Steel.

We then get our first look at Bruce Wayne in the Batcave while Jeremy Irons (Alfred) delivers a great DC/WB Batman monologue.

A couple things, I like that they seem to be giving more depth to the Bruce Wayne character here. Sure it’s just Ben Affleck staring at the Batsuit, but in that 5 second clip I gathered more about this Bruce Wayne than I did from three movies with Christian Bale. Also, in the background behind Bruce Wayne we see glass cases, and since it has long been rumored that Dick Grayson (Robin/Nightwing) will be in the movie, and that Jena Malone is playing the female Carrie Kelly Robin, we can only assume that perhaps Bruce has a shrine to the fallen Robin, Jason Todd. Boom, shot of the Batsuit. Again, I love the nods to Dark Knight Returns (if you haven’t gathered at this point that you should really read Dark Knight Returns, then stop reading this, go out buy it, and read it. You can thank me later). We see the Batsuit with the “fat bat” symbol taken straight from the DKR pages. 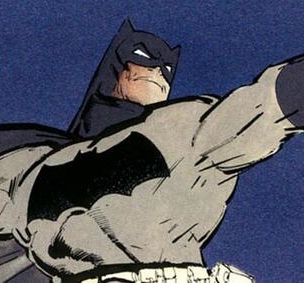 We then get to see Batman investigating a scene. I can only guess this is the train station from Man of Steel where (spoiler) Superman kills Zod.

Something you probably missed looking at that picture, here look again…

Aww snap. Riddle me this. Not sure if this is just a fun easter egg, or if it means that Edward Nygma might eventually show up in this universe.

We see a couple of shots of the Bat Wing, and the Batmobile blowing things up and then finally get a look at Ben Affleck in the suit.

What I gather from these two shots are that we might see a more silent Dark Knight detective in this film. More like, Batman will be an ever present force who is stalking/hunting Superman. In fact it wouldn’t surprise me at all if Batman and Superman only truly fight once at the end of this movie. Almost like, Batman will be gathering intel throughout the film by watching Superman, and then finally confronts him once he knows how to beat him.

We then get to see the two shots we saw from last years comic con with Batman in the Armored Batsuit, again ala Dark Knight Returns (seriously go buy that book and read it dammit!). 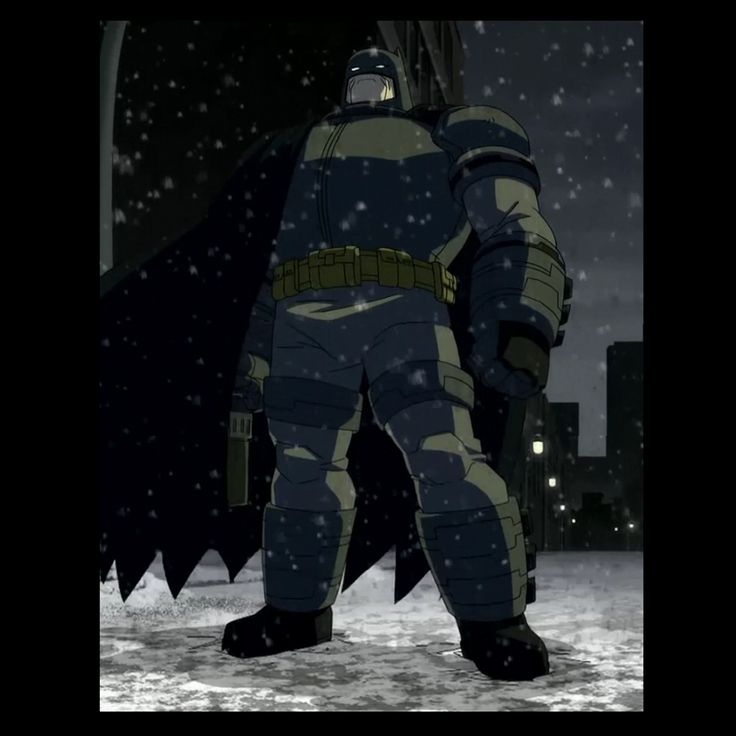 We then get to hear Batman deliver an amazing line…

A couple things here. Again, if Batman and Superman have been fighting this whole movie it would seem strange for Batman to ask this, which leads me to believe Batman again is just stalking Superman, taking notes and preparing to fight him the whole movie. Also, they finally did it! It sounds like Batman will finally use a voice modulator built into the suit to change his voice so we don’t have to deal with horrible Christian Bale Batman voice for the foreseeable future.

All in all, this trailer gives me so much hope for this movie. They seem to be following the right comic book story arcs, as well as building on their estabslihed arc from Man of Steel. I’d love to see a little more action, but we still have 11 months before the movie comes out, so I’m sure we’ll get a proper trailer with some shots I’d hope of Lex Luthor.

10 gold stars for this trailer. The best part? It isn’t loaded with awful comic relief jokes like the Avengers trailers are. The Avengers is a movie you take your 6 year old nephew to, so he can giggle and laugh at the shinny pictures. Batman V. Superman is the movie adults go to because it isn’t treated in a fashion to sell toys and market the next 35 movies.

#BatmanVSupermanTrailer is amazing! Again, Marvel makes movies for kids to buy toys, DC makes movies that have depth and are dark! #5stars