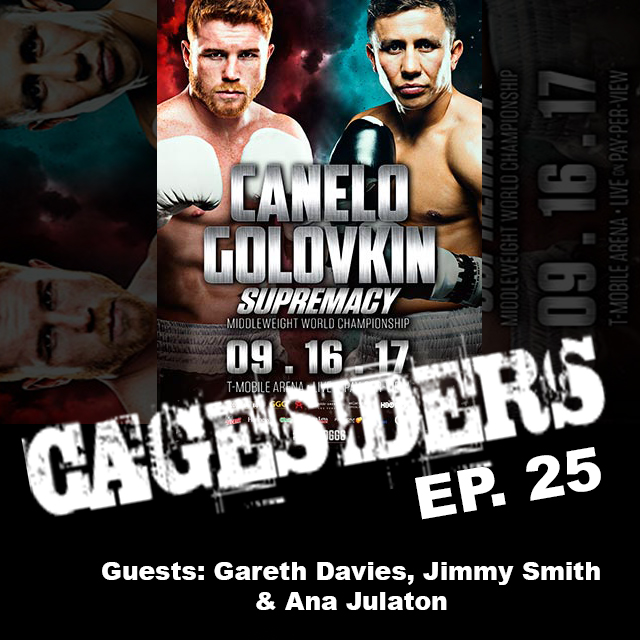 It’s fight week once again in Vegas! Canelo and GGG are set to square off in a super fight for the ages at T-Mobile Arena and the air is electric in the city. Gareth Davies, UK’s #1 boxing / MMA writer import, joins the show to talk about the build up to this monumental clash, plus his outlook on boxing’s heavyweight division. Later, Jimmy Smith, voice of Bellator MMA, chats with the guys about Bellator 183 and the fact that Bellator is no longer a “B” show. Finally, boxing champ Ana Julaton gives her thoughts on the Bellator women’s divisions and makes her pick between Canelo-GGG.