Cleveland, Ohio – City officials announced today that a Super Bowl champions parade will be held for the Cleveland Browns on February 15th, 2014. Cleveland’s director of finance Sharon Dumas explains, “The city of Cleveland has been putting aside funds for a championship celebration every year since 1964. After 50 years the money set aside plus interest has come to total well over a million dollars and the city council approached me citing a clause that if we didn’t spend the money on some sort of spectacle this cash would be reallocated to city schools. That’s when I approached the mayor about this sizable nest egg and we came up with the idea for a Cleveland Browns Super Bowl champion’s parade.”

Mayor Frank Jackson publicized the event during a press conference as he proclaimed, “We all remember The Drive, The Shot, The Decision, losing two World Series one of which was when we were two outs away from victory. We’re starting a new winning tradition here in Cleveland on February 15th, with our Super Bowl champion’s parade.” When questioned on how the mayor’s office chose which sports team would be the focus of the gala he explained, “The Browns won four whole games this season, making them the most deserving and successful Cleveland sports franchise.”

The parade will begin at 11a.m. in the Playhouse Square district as the procession will make its way through Public Square, past the Rock and Roll Hall of Fame and end at the gates of Cleveland Browns Stadium. There the Browns players, fans and celebrity guests will congregate to celebrate their virtual victory and be presented with a holographic Vince Lombardi Trophy presented by none other than holographic Tupac Shakur.

Brown’s owner Jimmy Haslam is looking forward to the event citing, “It’ll get our players excited to win and to strive to hold the real Vince Lombardi Trophy presented by the real Tupac Shakur.”

Clevelanders are already gearing up for the upcoming hullabaloo. 99-year old Beatrice McGinty says she, “Can barely keep my soup down I’m so eager. I always thought a Cleveland Browns Super Bowl parade would be celebrated atop my grave.” Young residents are also enthusiastic, with 24-year old Bill Moreland adding, “Well, I am curious to see what a championship celebration looks like.”

Attendees of the Cleveland Browns Super Bowl champion’s parade are urged to dress warmly and to enjoy it, because it may not happen again. 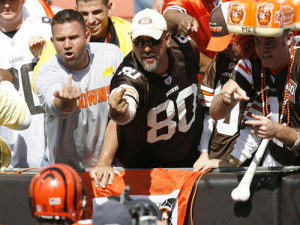