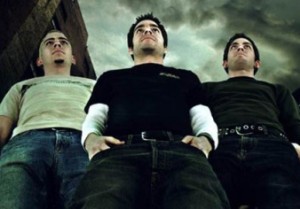 Chevelle will be releasing a new album on April 1st titled, La Gargola! Their last album, “Hats off to the Bull” was released in 2011! It’s crazy to think it’s been that long.

The first single off, La Gargola, is ‘Take out the Gunman’ which addresses the issues of gun violence and mass shootings in today’s society. The drummer of Chevelle, Sam, did mention that the song is more than that. It’s about how media highlights it in a different way and brings up the question, “if you don’t put it on TV and nobody knows about it, will it happen less?”

Below is a 2 minute video of behind the scenes of making the album and if you’re interested in listening to their new single, ‘Take out the Gunman’, I have it posted below as well.

Read the story on Blabbermouth. Click here to read the full article.