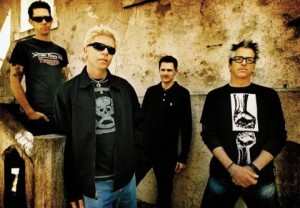 Offspring, Bad Religion and Pennywise are all on tour together this summer/fall.

Well, the Offspring decided to do 3 cover songs and put them on youtube late Friday night.

They cover 2 tracks from Bad Religion and 1 from Pennywise, check them out below.

And if you’re planning on seeing them, there’s a concert rumor going around that the Offspring will be performing their entire ‘Smash’ album in celebration of the 20th anniversary of it’s release.