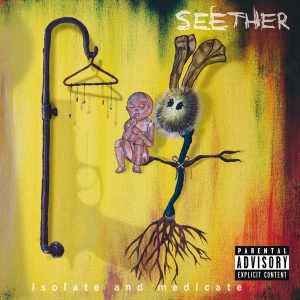 Seether releases their new album, ‘Isolate & Medicate’ today (July 1st). This album may be different from all the other albums because it’s on a new label… This is their first studio effort on Concord Record Group after spending the first decade of their career with Wind-Up Records.

Shaun Morgan, front man of the band said the move was a positive one. Morgan explained the label they were on didn’t really respect them. It’s great to be on this new label because they are able to express themselves and be creative… I thought that was the point of being a musician, am I wrong? Wind-Up Records, Seether’s old label, were so terrible to the band that the band actually wanted to quit all together! It must have been bad, think about this…

You’re a musician; you’re use to people knocking your music, hating the people you date, your personal life, etc. Comes with the job; now picture this, you’ve heard some terrible things before and now you want to quit because of years of bull sh!t you’ve heard from the record company you work for about your image and music. The stuff the company said must be pretty bad for you to feel this way. Props for not giving up Seether, damn the man!

As for the new album this can go two ways. One, the band totally rocks it on this album. Showing what they’re made of, letting out all creative juices (gross) and producing a fantastic album. OR, they flop because they’ve been rusty from having people write their music for them and they don’t know how to put together an album. I’m the type of person that looks at the glass half full so I’m going to go with the first thought.
Plus, I really do love their first two albums… We’ll see I guess! If you want to listen to two tracks from ‘Isolate & Medicate’, click here!

If you check out the whole album, please let me know what you think. I love feed back… Plus I don’t think I’ll be able to stop at a record till this weekend. (Yes, I still go to record stores.) 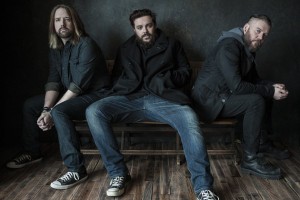