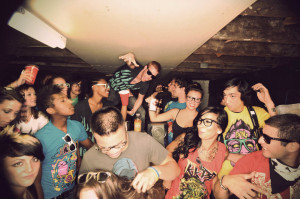 Labor Day Weekend is coming up and you might need an excuse to stay out partying… You can use this, but it might not go well.

This 32-year-old guy in Manchester, England was out partying on Friday while his girlfriend was home, and she kept asking him when he was going to get back. He wanted to stay out . . . but apparently he couldn’t just tell his girlfriend that. It might cause a fight and make the whole weekend a drag.

So he came up with a genius plan . . . he told his girlfriend he’d been KIDNAPPED. Just so he could stay out later partying. Seems legit.

His girlfriend handled this the way most of us would, she called the cops!

They immediately launched an all-out manhunt for him, which included tracing his phone call, searching some houses, and even arresting a suspect.

The manhunt ended around 1:30 A.M. when they found him hanging out at a house party.

The cops decided not to arrest the guy, because they said that would just mean wasting more resources on him. They gave him a fine for wasting police time instead.