In this week’s Five Spot, @mikedoesthings takes a look at the top 5 songs on that steaming, yeasty void of creativity that is the BILLBOARD HOT 100. 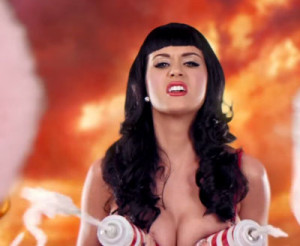 The voice of a generation.

Human whipped cream dispenser and Proactive salesperson, Katy Perry, has a new hit in “Dark Horse,” the powerhouse pop ballad that results from combining the soundtrack to Unsolved Mysteries with Perry’s uncanny ability to rhyme “anything” and “everything.” This is not to minimize the lyrical contributions of Juicy J, a wordsmith who deftly worked the sadomasochistic cannibal murders of Jeffrey Dahmer into a love song. “Dark Horse” is subtle, smooth, and moody—like a chainsaw made of dynamite and farts—and an early Grammy contender for 2014.

Representative Lyric:
Baby do you dare to do this? Cause I’m coming at you like a dark horse

“Drunk in Love” is a brilliant song. It may be the best song ever written. I am not being coerced into saying this—I totally believe it. Those creepy, weirdly out of place, high pitched voices in the background; Beyonce’s strange inflection and gibberish lyrics; Jay-Z’s lazy, phoned in verse… are just great. I think that on my own without anyone forcing me to write this. The Illuminati absolutely doesn’t control the internet.

Representative Lyric:
That’s keeping me on fire (we on fire)
Didn’t mean to spill that liquor all on my attire,
I’ve been drinking (watermelon). 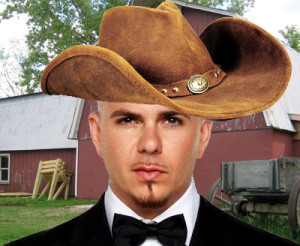 This was absolutely not photoshopped.

If you’ve ever found yourself thinking, “I like Pitbull’s bland blend of non-offensive, generic party rap, but I wish it was more square dancey,” then you’re either Pitbull or one of the ONE HUNDRED TWENTY TWO MILLION people who watched the “Timber” video on YouTube. The meth-rotted corpse of Christina Aguilera known as Ke$ha also showed up to make outrageous demands like, “you better move” and “you better dance,” like she’s queen of the Hip Hop hoedown. This song is the musical equivalent of drinking Seagrams Gin out of an old cowboy boot, but I’m not one to judge. But it’s like my grandma used to say, “face down, booty up: timber.”

“Talk Dirty” is a stupid song. From the vaguely xenophobic “foreign girl” to DeRulo’s musings about how “your booty don’t need explaining” (most don’t), this song is as smart as a Two Broke Girls live studio audience. With that being said, if you don’t instantly love it, you have no soul. With a beat that sounds like DJ Kool’s “Let Me Clear My Throat” had a kid with Wallpaper’s “#STUPiDFACEDD” on a pile of saxophones, “Talk Dirty” will make you shake your ass until you forget how stupid the song is. And then 2 Chainz starts rapping and it all comes back to you.

Representative Lyric:
“Got her saved in my phone under ‘Big Booty.’”

Of all the songs I’ve heard throughout my career in the music industry, OneRepublic’s “Counting Stars” is one of them. It’s catchy and your mom will dance to it while she’s shopping for khakis at Sears. There’s clapping and guitars and the music video has an alligator. The alligator may be in the band, but I haven’t done much research on that point. “OneRepublic? More like OneMoreOneRepublicSong!” – Your mom

Representive Lyric:
“Everything that kills me makes me feel alive.” 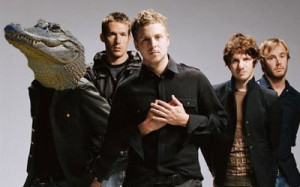 Well, that settles that.

Have an idea for the next five songs I rip apart?  Hit me up at @mikedoesthings.