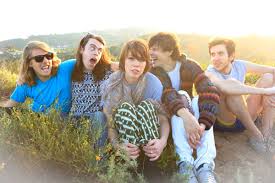 Grouplove has announced, they will be releasing a short documentary and concert film titled, ‘I’m with you’. This will be out on February 25th and will only be available on itunes and amazon.

Although, I do like this band, they did form in 2009 and just started getting popular 2 years ago. The question that comes to mind…. Is the band too new to have a documentary?

Either way, I’ll be watching it for sure!