So I’m always someone who condemns people for wearing as I call them “the glasses of nostalgia” and thinking things from the past are better than they were. 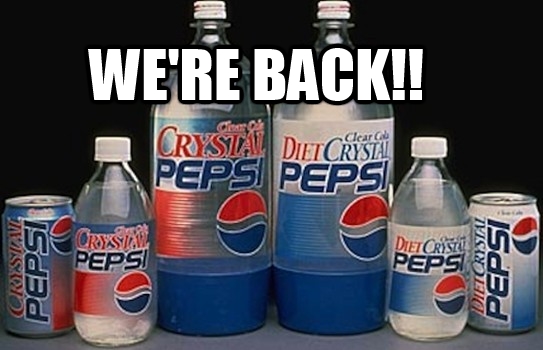 Just received this from @pepsi on twitter a min agoIt is my duty to share it with all of you. #BringBackCrystalPEPSI pic.twitter.com/hyTbH5spbL

Now honestly, companies have tried this. Surge, French Toast Crunch…but I feel like people really want them back, but then it’s lukewarm once it’s back. I can remember drinking Crystal Pepsi back in the 90’s, but I feel like it was nothing special. Well, I don’t drink pop anymore, so I guess this one will pass me by again. Oh, well…