The rumors are true! One of the cutest couples in Hollywood is expecting their first child together and that is… Mila Kunis & Ashton Kutcher!

There has been rumors flying around about the couple being prego, and E News is confirming it. Especially since Mila has been reportedly seen going to prenatal yoga classes in LA.
If you were a fan of the movie Ted, it has been announced that Mark Wahlberg will have a new love interest in the Ted sequel because Mila’s pregnancy might not fall into place with the shooting schedule.
It does not end there because she is also the face of Jim Beam right now and with her growing a human, she probably won’t be attending those cocktail parties anytime soon. 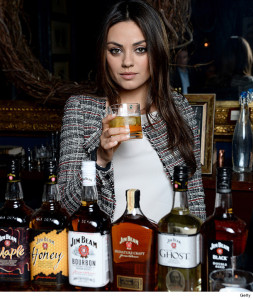 Over the weekend Mila & Ashton were on the Clippers kiss cam, which was crazy cute, check it out below.

This started with a happy couple but ending in therapy; reports of Muse front man Matt Bellamy and actress Kate Hudson are going to couples therapy to save their 4 year old relationship. The pot has been stirring that their relationship has been shaky ever since Hudson showed up at the Vanity Fair Academy Awards Party without her engagement ring. They do have a two year old son together.
But it seems like Kate Hudson is still sucking the life out a musicians, one great band at a time. 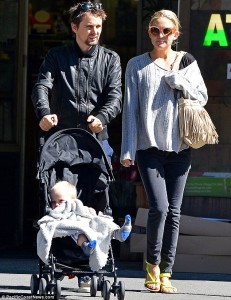 AND they did it again! So hilarious! James Franco and Seth Rogen are making fun of the famous d bag couple Kim Kardashian and Kanye West.

Remember back in November, they made a parody of their music video “bound 3”, if you haven’t it’s below.

Well, James and Seth did a photo shop session with their wedding vogue cover and put their faces in there instead of Kim and Kayne.

Time to vote, who did it better?

He was diagnosed with Melanoma in 1992, he’s been getting treatments since then, but his condition turned for the worse recently and he decided to do hospice care.

If you haven’t seen Homeland, he’s also played in Meet the Parents, Independence Day and several other movies and TV scenes. 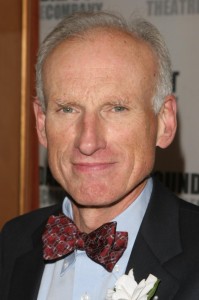