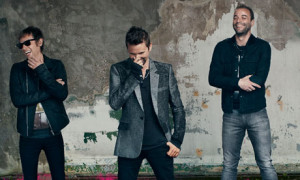 Matt Bellamy, frontman of the band Muse announced through a twitter chat with fans last week about their next album.

Saying, “It’s gonna get heavy.” Bellamy added that the band’s 7th studio effort will be ready by next summer and the writing and recording process is going well.