Blink 182 has finally released their first single since Tom DeLonge has left the band and Alkaline Trio member, Matt Skiba has step in to help.

Blink 182 let the world listen to their new single yesterday which is off the band’s album,California set to be released on July 1st. They has put together a tour to support the new album, show dates start at the end of July.

Matt Skiba will handle Tom DeLonge’s position in the band and will be backing vocals as Mark Hoppus will take the majority of the vocals on the new material.

Blink 182 will be touring with A Day To Remember, All American Rejects and All Time Low. 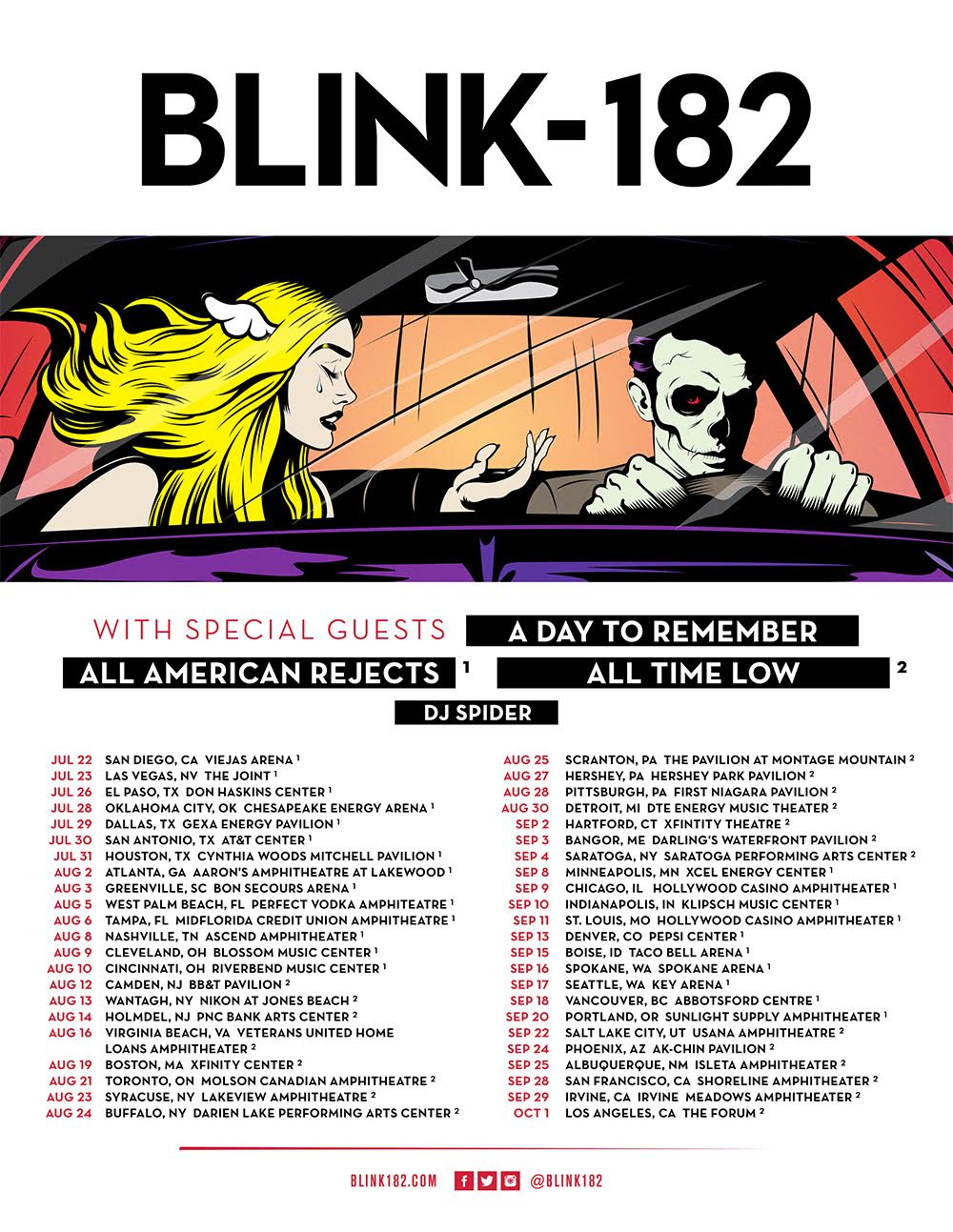 What are your thoughts on the new single, Bored to Death?

Personally, it’s an ok song. I was thinking it was going to be a more… old school Blink. But it’s the first single so maybe the rest of the album would be different. I’ll listen to it a few more times, because you know, it might grow on me.

Listen to the new single now, below.