The Winter Olympics are a bit…dual, right? It’s all sliding and spinning with some choreographed ice dancing thrown in.

So we here at Sparks Radio have thought about ways to make the Winter Olympics more exciting. Just a few simple tweaks to some winter sports and voilà – pure entertainment!

How to make this event more exciting? Simply attach Blades to the hand as well as the feet! Figure skating will never look the same again! Instead of throwing roses, the crowd can throw gauze and styptic pens onto the ice! 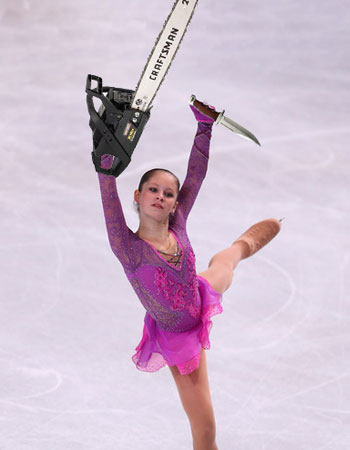 This sport seems quite simple, doesn’t it. You just lay there and slide down the ice. What’s worse is that the onlooker only gets to see the Luger wiz by once every 15min – BORING. We say that this event should be combined with a Summer Olympic sport – the shot put. Just give the onlookers a couple of bowling balls, and as the Luger flies by at 80 mph, they get hurl the balls at ’em! Look, I know you think this is violent – because it is – but it will be extremely difficult to do. Bonus, all the balls with roll down the course and we can set up a skee ball game at the end to see who wins the most tickets! 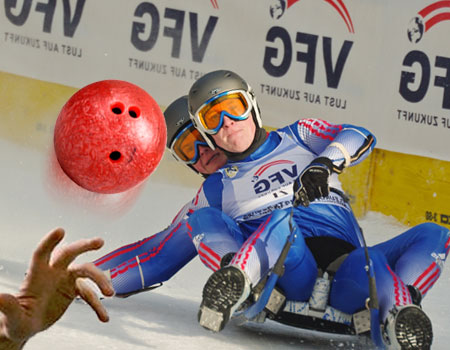 Let’s face it – anything old men play on cruise ships shouldn’t be an Olympic sport. So let’s turn it around. EVERYONE is now required to dress like janitors. That way all the sweeping looks more natural. Also, we should have the survivors of the German Luge team throwing up on the ice as they slide the stone thing (they’re lucky to have made it out of Luging alive, trust us, their going to be hammered…also they’re German) 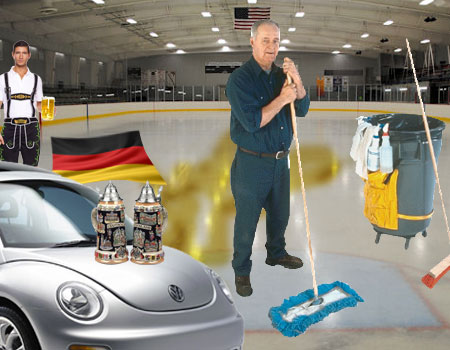 WE CAN CHANGE THE NAME TO “HURLING!”