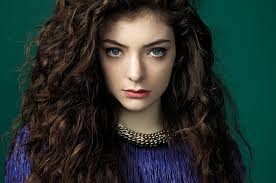 Lorde recently did a interview with V Magazine explaining how she would like to pull her grammy winning song, ‘Royals’ off the airwaves. Claiming that people will become sick of her because of her song being played too much. She has plans to release more music and she’s hoping the over play of her song won’t hurt her career.