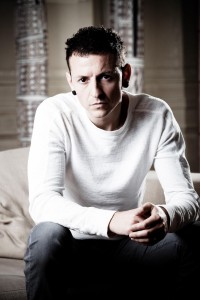 Linkin Park, I feel has been hatin’ on a lot of things/people lately. Chester said in an interview with NME that he feels like outdoor festivals have ruin rock & roll. He continued to say that sunshine shouldn’t be shining on your face when playing rock. Yes they have played outdoor concerts but when they do it they’re not happy about it. The way it was said I felt it was like, yeah we’ll do it but it’s because we’re getting paid for it. This is exactly what he said, “It can be done, but it’s done begrudgingly because we’re forced to do it. I think the outdoor festival has killed the live experience a little bit.”

Let me just say that one of his reasons he does NOT like festivals is because rock is meant for a dark place and what’s the point of having lights if the sun is shining. Basically, in a dark, control venue is the way to see a rock show. You got to see the video, which if you click the link you can see how he said it.

Festivals are a great way to see all or most of your favorite bands in one day or weekend for a reasonable price. Well reasonable might be questionable but depending on which fest you go to, it can cost less then seeing them all separate. Not to mention some bands don’t come to your state or city so if you want to see them before they break up or die. With festivals it’s also a safety net. You go and what if the band you’re excited to see (and they may be more than one band that you’re excited to see) but IF they’re terrible live? Then you go home and you’re mad because you just wasted time, your night and money on a concert that turned out terrible. But with a festival, you can see the band you’ve been dying to see on top of other bands. So if one way an OK show, the others can turn out great! You can also discover your love for a band after seeing them live, so in the long run it can turn you on to other bands you never heard of or never took the time to experience and here is the 2019 guide of things to do in music festivals.
If you want to get into the light aspect, you can still see light and just because the show is outside doesn’t mean you the sun is shining… Some bands play at night. And lights don’t make a show, there are plenty of bands that use other objects to create a fantastic show. Alice Cooper, Tenacious D, etc.

With all do respect Chester; have you attended an outdoor concert and/or festival? As a fan that is, not as an artist. Going undercover and really rocking out with friends, beer, and nice weather? In my personal experience these concerts/festivals are great; it’s one of the best experiences ever. You’re telling me Chester, that Red Rocks Amphitheater is a waste and is ruining rock n’ roll? And it’s just not Red Rocks, I use that venue as an example because most artists & bands that play there have a special Red Rocks edition DVD & CD because of the magical experience it brings to not only them (the entertainers) but for the fans too! Plus it’s an honor to play there; you can’t travel through Colorado and decide to play there… You have to be invited to play there.

I do understand that Chester was not really talking about one venue but his statement more towards a LONG list of bands on one location such as, Austin City Limits, Coachella, Riot Fest… But he did say playing outside so I had to include my opinion about outdoor concerts.

I respect him being honest and appreciate him speaking  his mind. Just because we don’t see eye to eye does not mean I dislike him. He has a unique voice, I love hearing people opinions and hope he continues to have his own thoughts and mind set.