When life gives you lemonade…give life a ticket. Good to see that justice is being served in Overton, Texas.

Two girls who set up a stand to sell lemonade and popcorn were shut down Monday by police for failing to present the proper permit.

Good thing police looked into this stand, but while doing so I’d guess 300 drug deals went down and 7 people were probably shot. 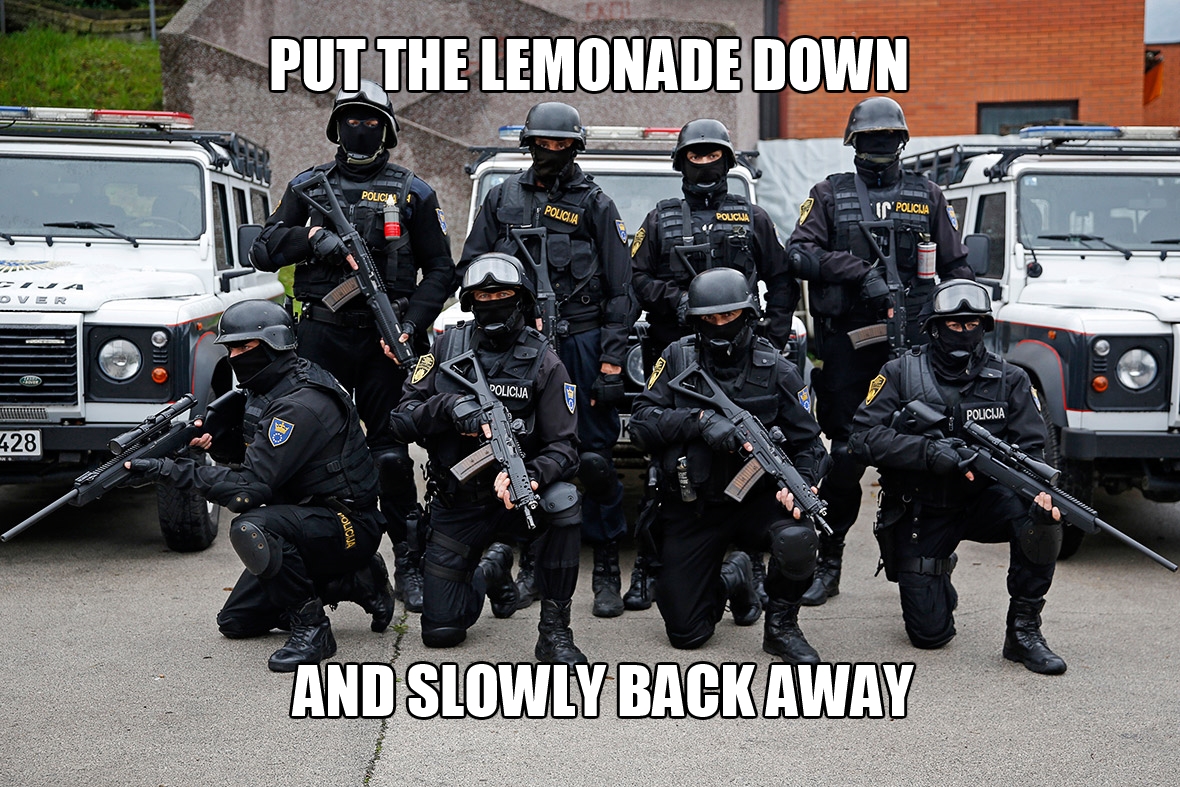 Hey, the police were nice about it, they waived the $150 ticket fee. The girls started the stand to raise money for a fathers day gift of water-park tickets. I’m gonna wager that the Dad’s okay with not having to spend the day at a water-park, in the hot Texas sun, with screaming kids everywhere. 100% the Dad heard about the gift and called to lodge the complaint to get the cops to shut it down.

Also, they were selling lemonade for .50 cents a glass! That’s the true crime here…