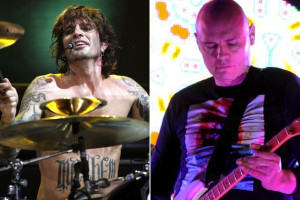 The Smashing Pumpkins have officially announced plans to record two new albums and it looks like they’re moving right along with their plans.

The first album will be titled ‘Monuments to an Elegy’, the second will be named ‘Day for Night’ which will be released in 2015. And guess who’s planning on making an appearance on the first album?