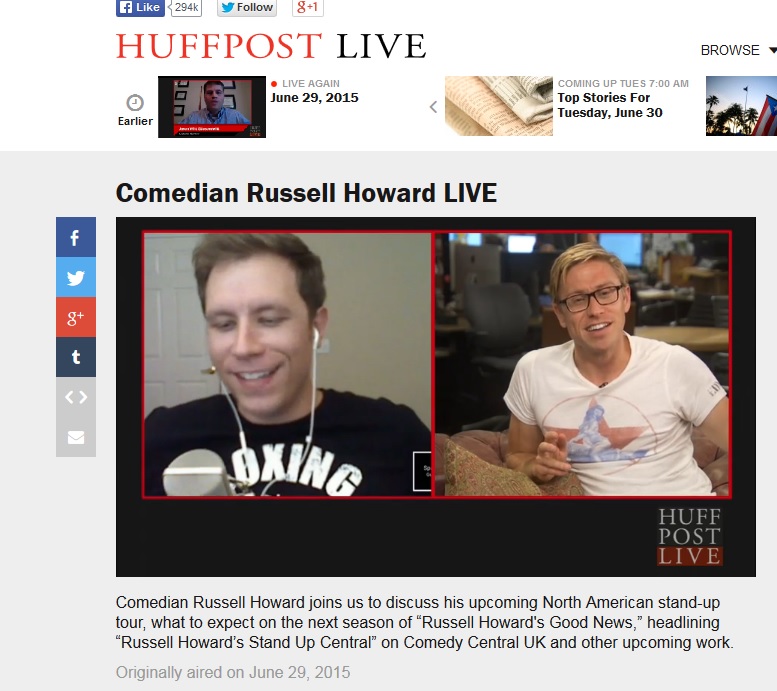 First up – remember that “head shot” HuffPost Live asked for last time I did this? This one. I sent them this one, and they USED IT?

Huffington Post wants me to ask Tom Papa a question on Huffpost Live at 10am. I sent this pic in as my head shot…you think they’ll use it? 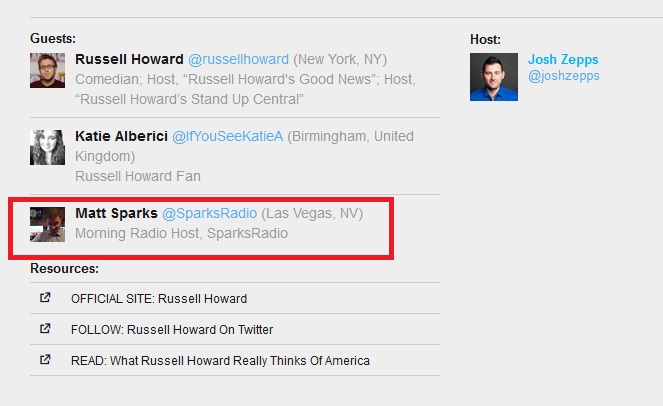 What I thought was a funny one time joke is now becoming a test to see how long my hideous face will stay up there.

Russell Howard is a big time comedian over in the UK and he’s starting to make his way here to the good ol’ USA. The dude’s done it all – radio, TV, stand up, & he’s got a movie coming out alongside his sister. Well, now you can add HuffPost Live to that resume, because we did it! And by “we”, I mean I got to ask him a single question on a webcam via my shitty wifi connection! Hooray! Honestly though it was a damn blast and it was very nice of HuffPost Live to have me on again. Russell is a funny guy and probably coming to a city near you on his tour across the states.

Check out the interview! My question is around the 16:42 mark: