Sparks Radio is helping you kick off your week right with new Episode! This is a special one as RYAN WEST fills in for Michael Joyce! Ryan kills it with news on Grover Norquist going where he shouldn’t, sex toy testing, cookie assault, and smuggling drugs into prison! Also, we asked you on Facebook – Name the worst thing to yell at a funeral – listen to what you had to say! Episode 30 is a great one, so strap in and make this Monday suck less with the Sparks Radio Podcast! 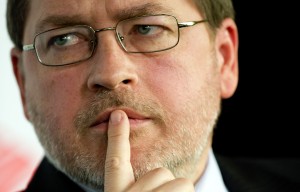 Anyone who’s had a Volkswagon, has threatened to stab someone with one of these #switchblade pic.twitter.com/N8uJqbqBIy

Baby powder, shampoo and deodorant. 3 items that I don’t want to discuss with the cashier.

Nicknaming Russian soldier who photographed MH17 crash site “Sgt. Selfie” is the biggest contribution CNN has made to news in a long time.