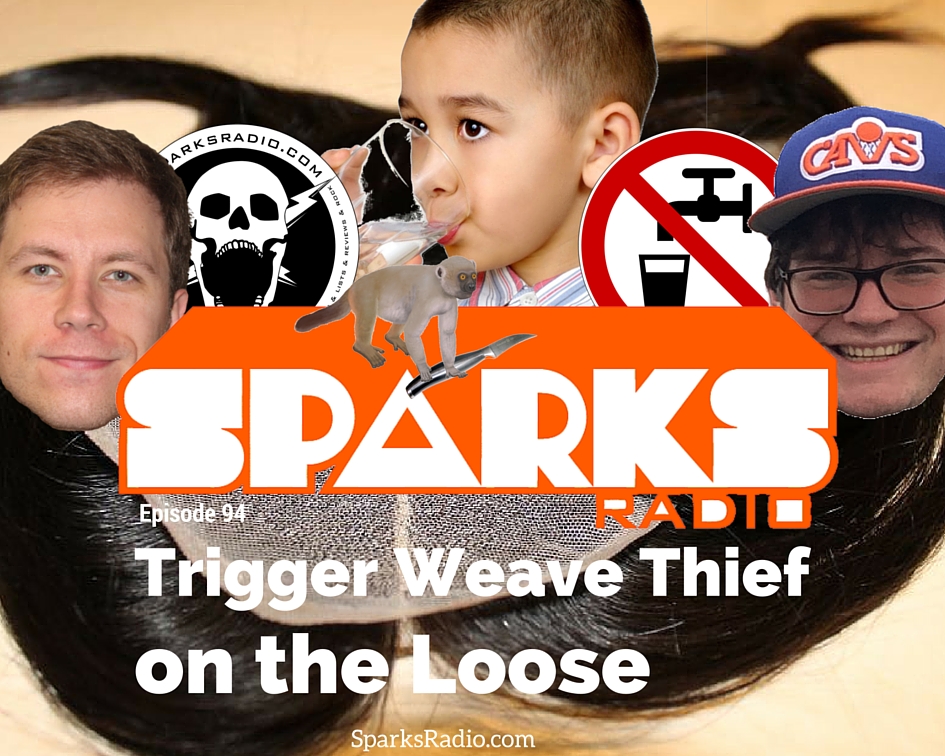 Just like every Monday, the Sparks Radio Podcast is up!!! It’s a comedy show that’s also a game show on today’s news! Today, we’re putting NYC stand up Michael Joyce to the test on: What’s the worst thing to be addicted to?, How many weaves have been stolen in the last week?, and what’s on the billionaires version of Craig’s List? Find out all of this and more inside episode 94 of the Sparks Radio Podcast!!

If you think about it, Mr. Peanut works for a company that murders his family members #peanuts

A lot of people’s answers just changed to, “I would travel back in time & fix baby Hitler’s penis”

The hilarious @RealChrisCal is looking so very dapper in his #pratfalltees Ice Cubism T-Shirt! pic.twitter.com/laLeGOvyJH