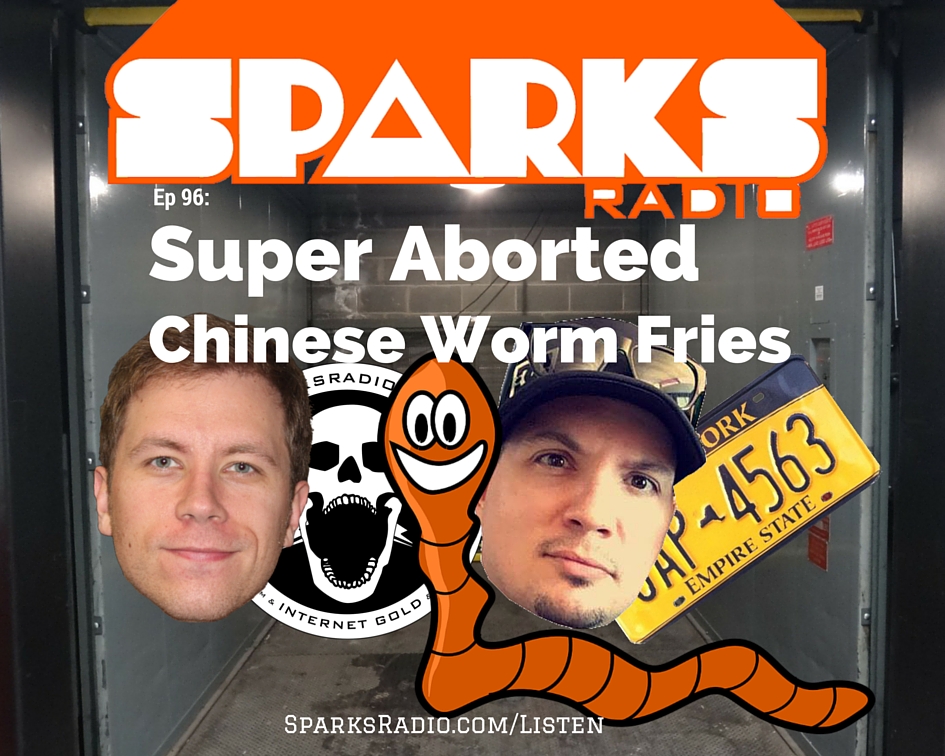 It’s Monday and that means it’s Sparks Radio Podcast Time! This is a COMEDY GAME SHOW PODCAST where today’s special guest, radio legend GUNNER HAZNOGUNZ, will being trying to score as many points as he can based on the latest news! Today’s show is all about: Worst way to die on an elevator, Child Super Villain powers, and A license to go to jail!  Plus the names Gunner will respond to in the street! Check out episode 96 of the Sparks Radio Podcast while Michael Joyce is enjoying being a new father! Congrats Michael! (tweet him a congrats!!)

There’s only so much a man can take! It depends on his grip strength and palm size.

On episode four of the new season of @HouseofCards. As expected, it’s amazing. — Gunner (@GunnerHaznogunz) March 6, 2016