Of course it’s Halloween and if you’re like me you are sick and tired of the neighbors saying “that costume doesn’t fit you” or “I’m not giving a 30 year old candy just because they are wearing a backwards hat and saying they are Fred Durst”. That means you are forced to stay inside and watch TV. However, this time of year you can watch some of the best shows and movies all themed on Halloween. I’ve put together a list of some of the best Halloween TV episodes and movies that you may have forgotten about. 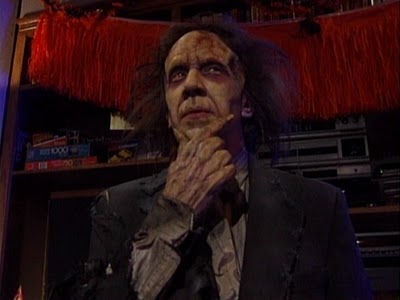 Photo Credit: Chronically Vintage
For whatever reason 90’s shows killed it in terms of Halloween episodes. To me there was no better Halloween episodes in the 90’s then those on Home Improvement. For whatever reason they nailed it every single year.
A few of my faves would be:
The Haunting Of Taylor House: Tim makes a haunted house in the basement for Brad’s Halloween party. Brad dresses up like raggedy Andy, and Jill sports a carrot costume. This also features a young Rider Strong in a role before his Shawn Hunter days.
Crazy For You: Jill turns the tables and plays a prank on Tim wherein a crazed fan is stalking Tim. To me this is the shows best Halloween episode.
A Night To Dismember: Mark, going through his goth phase, films a movie where he plays a fictional version of himself and plans to kills his parents. This was probably one of the creepier ones the show offered. It also didn’t feature a head popping out of something gag that had become a staple of years past. 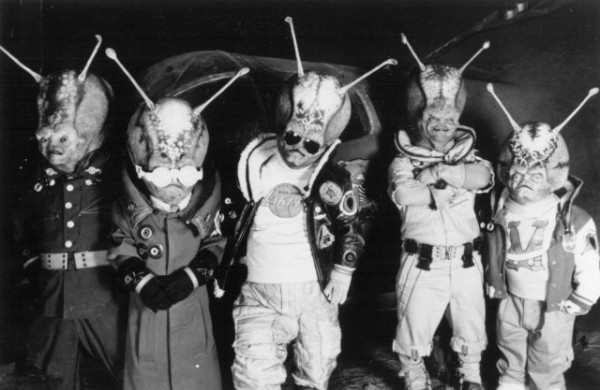 Photo Credit: EgoTV
What can I say? I love this movie. When I was a kid this was a constant rental for my brother and I. Watching it now is a big time trip down memory lane. All the early 90’s references, the amazing end song that of course tells the story of the movie, and it also featured Ariana Richards before she starred as Lex in Jurassic Park. I can with complete confidence say if you’ve never watched this movie, your childhood sucked.

Photo Credit: Giphy
Not the crappy remake, I’m talking the original Craig T. Nelson masterpiece. As you can probably tell I’m not a big fan of the typical horror movies, but for whatever reason I dig this movie. Maybe it’s the 80’s I don’t know. Maybe it’s the creepy clown, or the fact that the movie was apparently cursed as people who worked on it died. Whatever it may be, this movie is a Halloween must.

Photo Credit: Giphy
Again, this show always brought it at Halloween time. Treehouse of Horror will go down as some of the best Halloween episodes in TV history. While all classics, I’d say you’re safe with any of them especially I-VIII.

King of the Hill 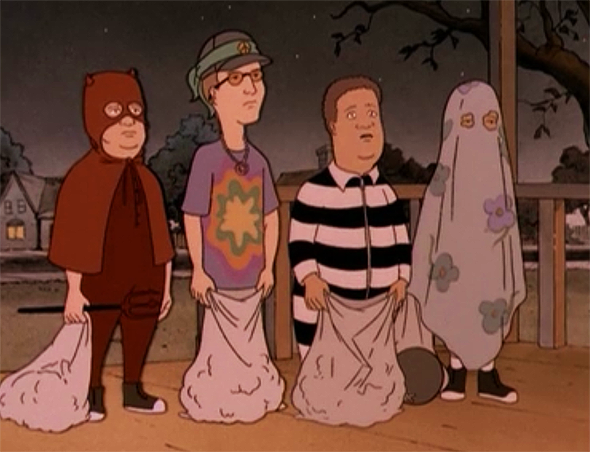 Photo Credit: Jacks Attic
Hilloween is a great season 2 offering from this show. Trick or Treating gets banned because of an overly religious neighbor, and Hank builds a haunted house in the garage. Lots of great lines especially “get out of my house. Exodus”.

Photo Credit: Giphy
The Office put forth some great holiday episodes. Some of their Christmas episodes were sometimes the best episodes of the season. Halloween was no exception. A few of the greats

Halloween-Michael has two heads and has to fire someone by the end of the day.

Photo Credit: Buzzfeed
Halloween-The gang goes to their old burned down elementary school and finds their permanent records. We find out Kelso is actually 18 (meaning he could’ve been buying beer this whole time), Eric framed Hyde, and Jackie’s middle name is Beulah. 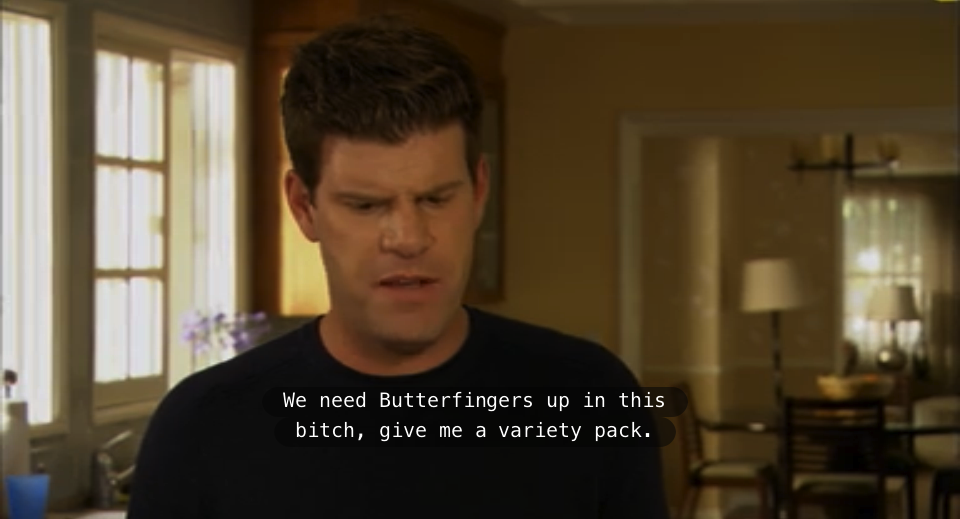 Photo Credit: Longago
Ghost Monkey
This episode is awesome if only for the Jon LaJoie Ghost Monkey song. Just listen to the song and you’ll want to watch the episode guaranteed. 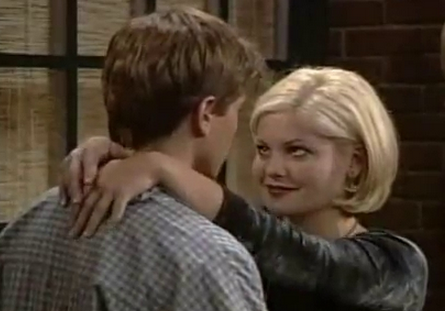 Photo Credit: Very Special Blog
Wanna see uber religious Candace Cameron-Bure play a Satan worshipping witch? Then check out this BMW episode. In fact, most channels won’t even show the reruns of it. I guess it must’ve been bad, but I honestly don’t remember it. I do remember that Sabrina showed up at the end as herself but other than that can’t remember much about it. It’s mainly here because in syndication, channels won’t show it, so that’s worth something right?