With the Centoria Lee (I’m nicknaming it the Not Today Apartment Fire Lady) video making the rounds today, I got to thinking. With the advancement of the 24 hour news cycle it seems we get at least one insane or crazy news interview every few months and inspired by the NFL Playoffs starting over the weekend I thought why not rank them and see who comes out on top when the dust settles. This is what I came up with… 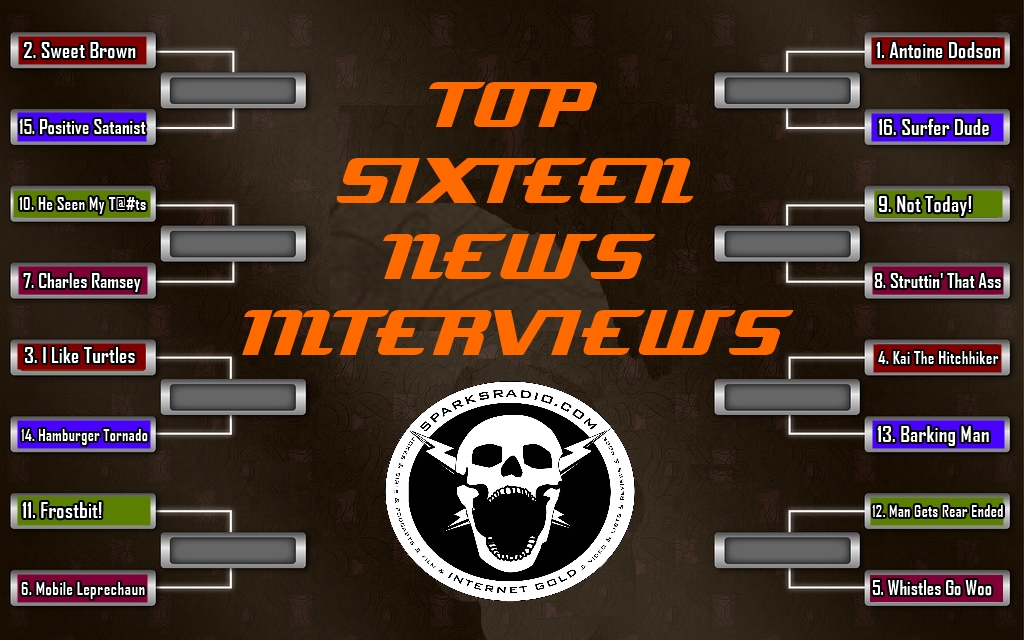 Some tough contenders and some classic, perrenial favorites as well. Could we see a Cinderella type story of a young upstart that makes it way through? Only time will tell…

The newest viral sensation taking on probably one of the lesser known contenders in Struttin’ That Ass. Both are funny and feature extremely unique characters. It’s a tough one to call, but I’d put my money on Not Today! for the upset if I was a betting man.

First off, the guy’s description of his car accident sounds like a Michael Bay movie. Should be immediately hired to write screenplays. My money is on Bubb Rubb though, he could easily be the sleeper pick to win it all.

What I like about this matchup is they are both quick and to the point. Let’s face it though, I Like Turtles was everywhere when it came out. The zombie paint, the stale affect, the blunt delivery, and the completely off topic comment makes I Like Turtles, Hall of Fame material and a possible champion.

I will admit, the fact I live in Cleveland might have helped to inflate Charles Ramsey’s ranking a bit, but you can’t deny the hero factor in his interview. Also saying “testicles” on the nightly news, and commenting on racial problems in a humorous fashion endear him to me. Seen My T@#t’s is also funny because she is obviously out of her mind, but you gotta wonder if the Vacuum Cleaner Man is a looker and she’s just trying to brag. I gotta give it to Charles on this one, he became a minor celebrity, and he even wrote a book called “Dead Giveaway”. Legend status.