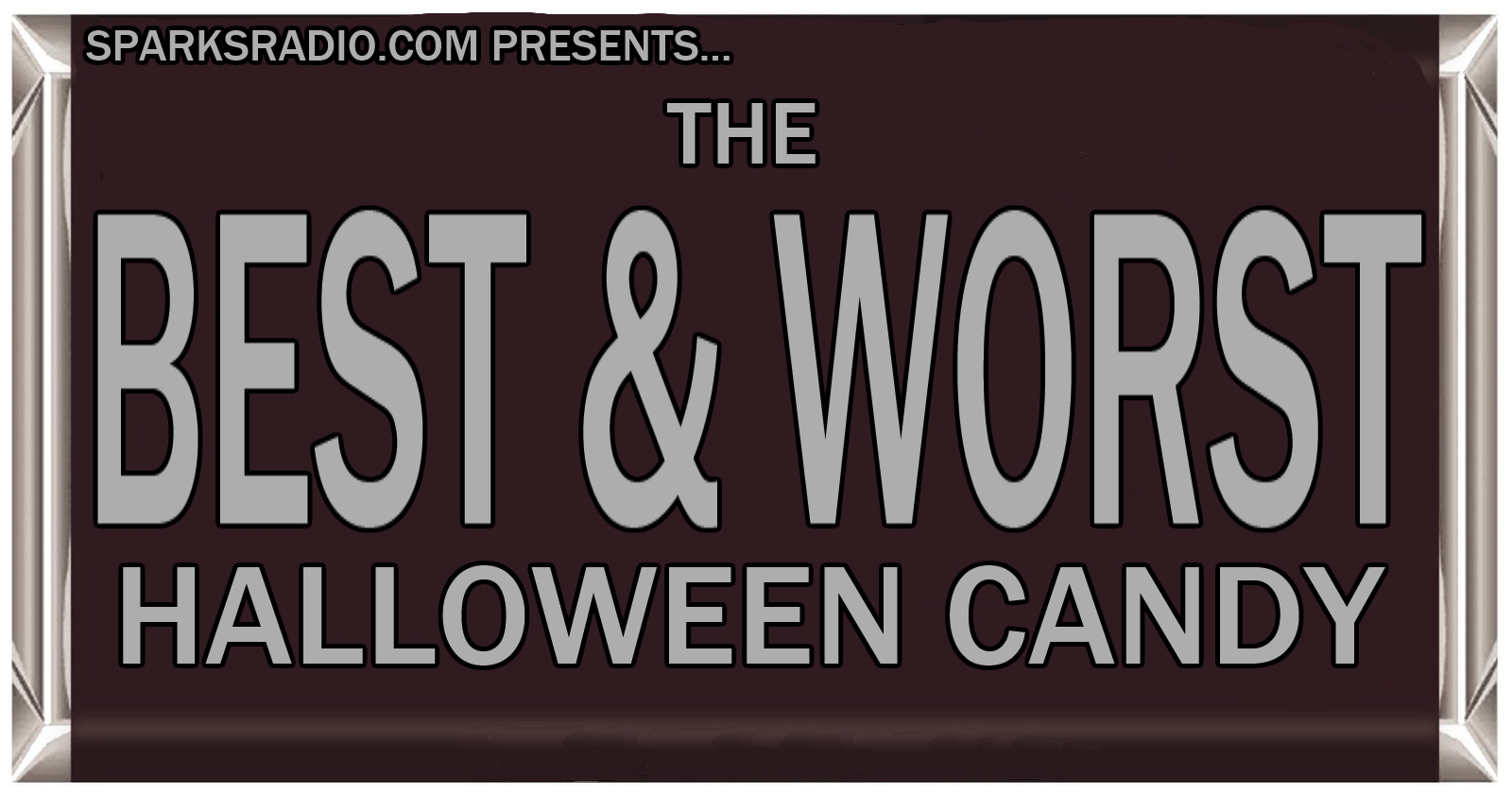 As a child there was no better time of year than that one late October night when you basically got to be a bum.

It didn’t matter the costume you wore, we all did our best impression of a bum and went to complete strangers houses and asked them to give us candy. It was glorious and as time has passed we now realize how insane the concept actually was.

But the best part of the night was getting home and dumping out that old pillowcase and taking in the haul. As always we were thrilled to find some candy (full size Hershey bar? Score!), and pissed to see others (really? a penny? That’s not even candy you cheap bastard).

So we here at Sparks Radio will take a trip down memory lane, and present our picks for the best and worst candy to find at the end of a long night of trick or treatin’. 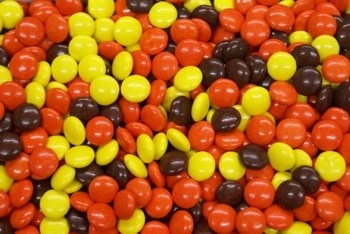 Photo Credit: Nifty Nut House
Look at that picture. If that doesn’t scream fall and Halloween I don’t know what does. You take the best of both worlds; peanut butter and chocolate. Turn them into M&M’s and then allow them to be eaten by the handful at the same time. I’m actually jonesing for some right now while writing this. I have heard horror stories that Reese’s Pieces now come in a small tiny serving size box. In my day, you got the bag my friend and in that bag were about 100 tiny drops of gold. 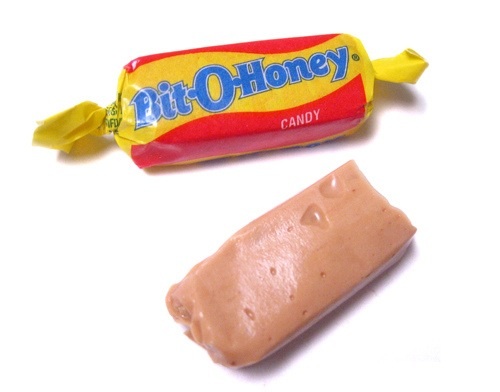 Photo Credit: MonkeyBlogMonkeyDo
Again, look at this picture. Looks like something my dog Brutus might do in the back yard. I think I may have eaten one of these in my entire life. Most likely by either accident or by desperation as my candy bag had gotten tapped over the days of sugar consumption. I’m going to quote the Bit-O-Honey website description and you tell me if this sounds appetizing: “Bit-O-Honey is a chewy candy with almond bits blended into a honey flavored taffy.” The only place where honey belongs is on a biscuit, in tea, or in Pooh bear’s treehouse. Honey should never be put in a candy wrapper. People who enjoy these also probably were alive when the first talkie premiered. Gross… 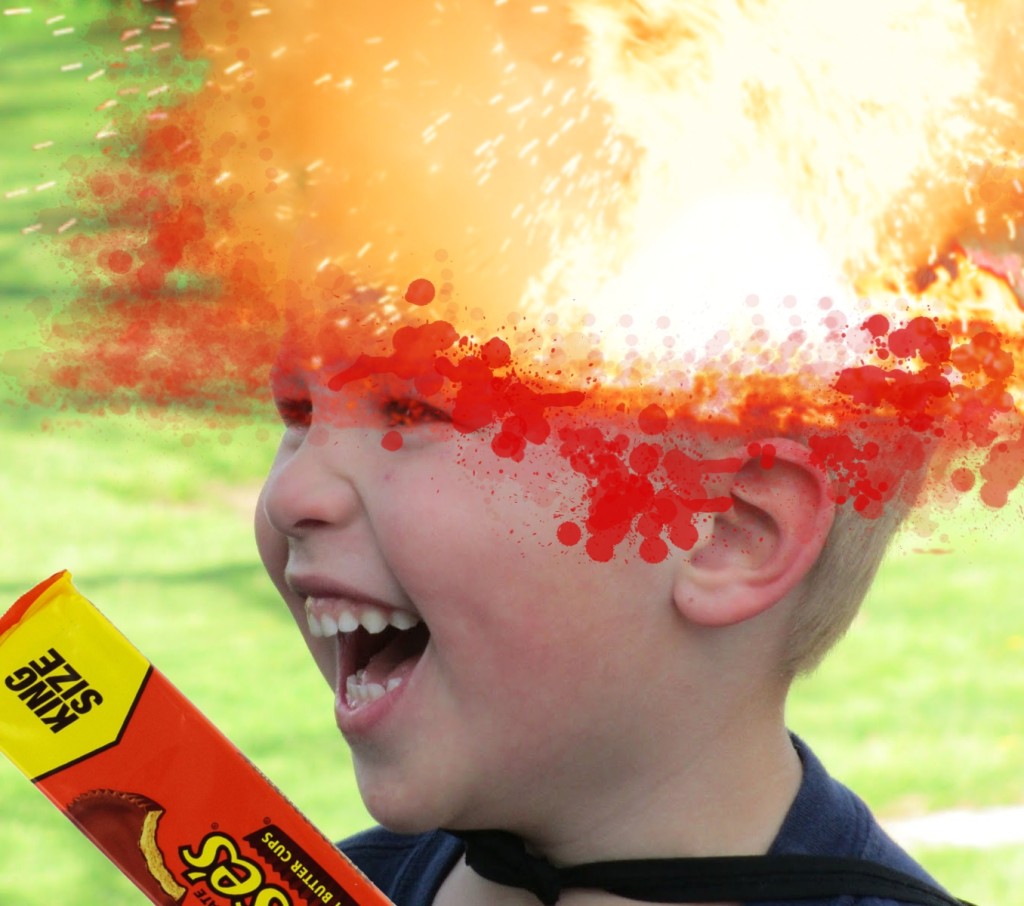 They should put warning labels on these

Want to see a child’s mind explode? Forget getting a full size candy bar on Halloween and go STRAIGHT NUCLEAR with a KING SIZE candy bar. To top it off even more, have it be the greatest candy ever  – Reese’s Peanut Butter Cups! This is such rare find when trick or treating, that it would be the equivalent to being the second person on the moon and finding the hidden sex tapes of Jackie O and Marilyn Monroe in a Ménage à trois with a cucumber salad…sans salad. (Why do you think Kennedy wanted to go to the moon? Because it’s clearly the best hiding spot for his porn stash.) I know what you’re saying “Oh come on, that never happens!” or “What about this salad?” You would be wrong. Because it has happened. IT DID HAPPEN. I opened up my pillow case after working those knockers for a good 3 hours and when I checked out the haul, I gazed upon that orange bar of peanut butter gold. Honestly, looking back on it…I don’t think I’ve ever been that happy in my adult life. That moment. That high. That sugar rush. That candy bar robbed more than just the enamel on my teeth. It took away pure happiness for the rest of my life. When you fly that close to the sun…you get burned…or as I now like to say – your chocolate melts. 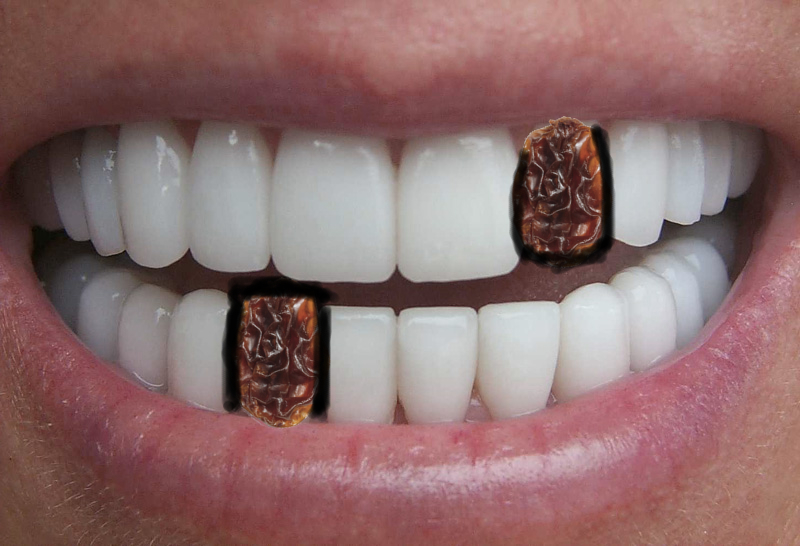 *One raisin split in half can cause 29 years worth of cavities. *Not scientifically proven.

Yeah. A raisin. One singular raisin. That’s what I got from a house on Halloween. This guy in my neighborhood was a dentist. Well, as it turns out, raisins are a leading cause of cavities among children. (This is what he claimed, I haven’t done my raisin research to verify this) So this guy took it upon himself to provide the neighborhood tikes with a singular raisin thus increasing his job security. I’m sure you’re asking “But why 1 raisin only…that would be enough to cause a cavity, right?” AND YOU’D BE RIGHT!! WHY ONE?!?!?! WHY?!?!?!? To this day this pisses me off. Although, I did have a bunch of cavities as a kid…and I love me some raisins. 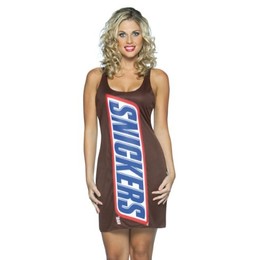 You have everything in one candy bar! Chocolate, carmel, nuts and the nuget. It’s so great that the company made great spin off versions of it. Some ice-cream, some peanut butter… And say you’re wanting to make a sundae, you can always warm the snickers up and put it on some creaming vanilla ice-cream. It’s a multi purpose candy bar!

Putting all the facts together, if you really think about it… Snickers is the king candy bar. Snickers is the Superman of candy. If you buy them for trick or treaters this year, your house WON’T get egged. If anything, the kids in the neighborhood will look out for your place. Buy snickers, it’ll make you the favorite of the town. This is the most horrid candy out there for any time of the year. Why would any man create this? It’s freakin’ awful! It’s like the devil took a shit and made it into wax and sold it. That’s what it would be.

If you give this to anyone especially for Halloween…Not only should your house be egged but you deserve black licorice throw up all over your porch. Don’t buy it, you’ll regret it.

That will do it for this years walk down memory lane to a better time when candy was plentiful and wasn’t bad for you. Did we get it right, did we leave something out? Tweet or comment using the #bestcandy or #worstcandy and let’s settle this once and for all.