Congrats. You did it! You set out with goals, and you’ve achieved your goals. You became the premier festival of the Midwest. You became the best festival to see musicians, comedians, and artists at their prime, with an awesome crowd, and care-free southern living.

Everyone loves you. In fact, here’s what Listverse, who ranked you as the number 3 best music fest, had to say,

“Manchester, Tennessee’s Bonnaroo, however, boasts some names this year which Lollapalooza is lacking, like Arcade Fire, the Strokes, Mumford and Sons, Buffalo Springfield (with Steven Stills and Neil Young), Lil’ Wayne, and whatever non-Led Zeppelin band Robert Plant is making music with. Meanwhile Lollapalooza seems to be hogging, amongst others, Foo Fighters, Coldplay, the White Lies and Cee Lo (though given his bomb of a performance at Coachella, it might be for the best). Bonnaroo is the most hippy-friendly, what with all the drug-friendly activities and asides, and is also a comedy-haven in its own rite; so even the musically-apathetic (or at least less-than-die-hard-consumers) can find equal merriment.”

But there’s this thing coming up, and I think you should get involved…

Something unprecedented for a music festival. And, you have enough time to do something about it.

All it would require is:

1.) Moving your festival to a different venue 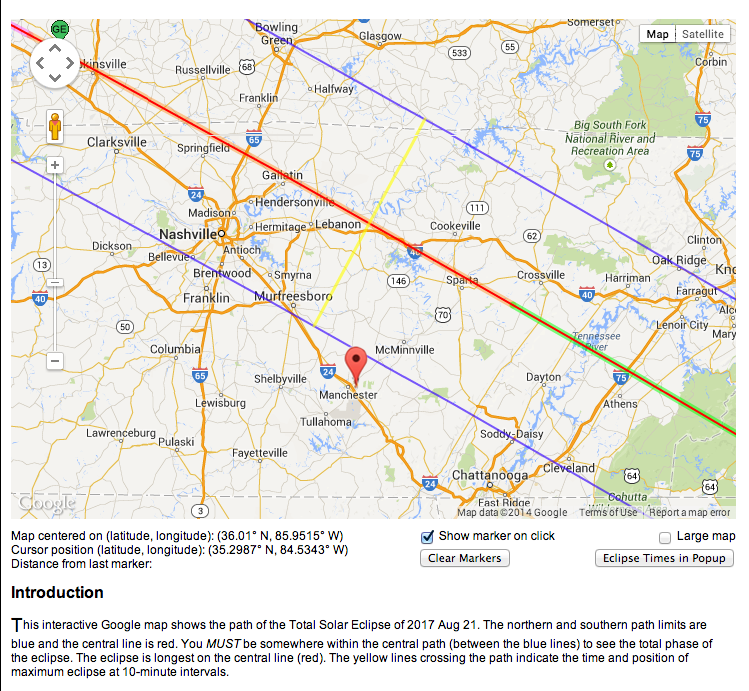 My vote is to move the festival to Edgar Evins State Park, 62 miles North-Northeast. At this very location, you will experience a 2m 39.1s long Solar Eclipse.

Imagine being there, in the open air, middle of the hot august day in Tennessee.  Then, at 12:59pm, lets say….

Phil Collins starts to play “In the Air Tonight.

The partial eclipse begins, the drums start, and night begins… 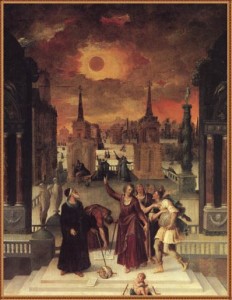