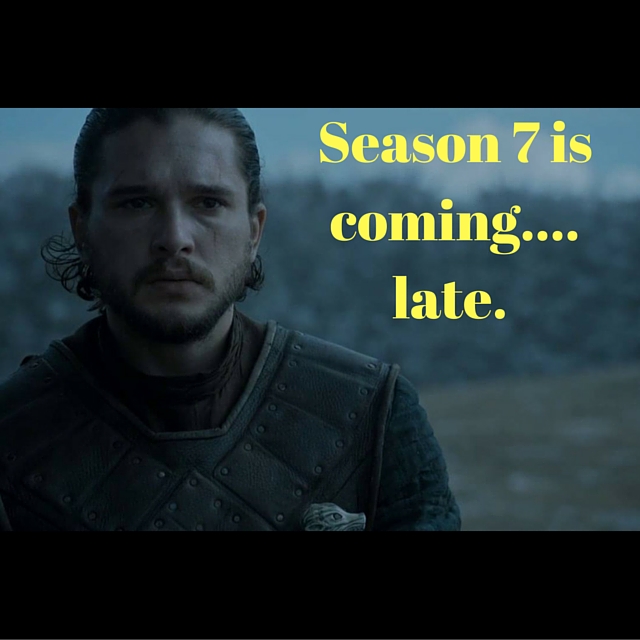 Game of Thrones season 7 is still in the works and people can’t wait! Guess what fans? You’re going to wait and it’ll be longer than you think.

Most seasons of Game of Thrones air in April but season seven will now air in the SUMMER!! It gets worse too… This coming season will only have seven episodes when we’re use to watching 10 episodes.

My theory, and it’s just a theory… Is that each episode will focus on one kingdom at a time and that’s it. Seven kingdoms, seven episodes? I think so!

The next season will be shot in places like Spain, Iceland and Northern Ireland.