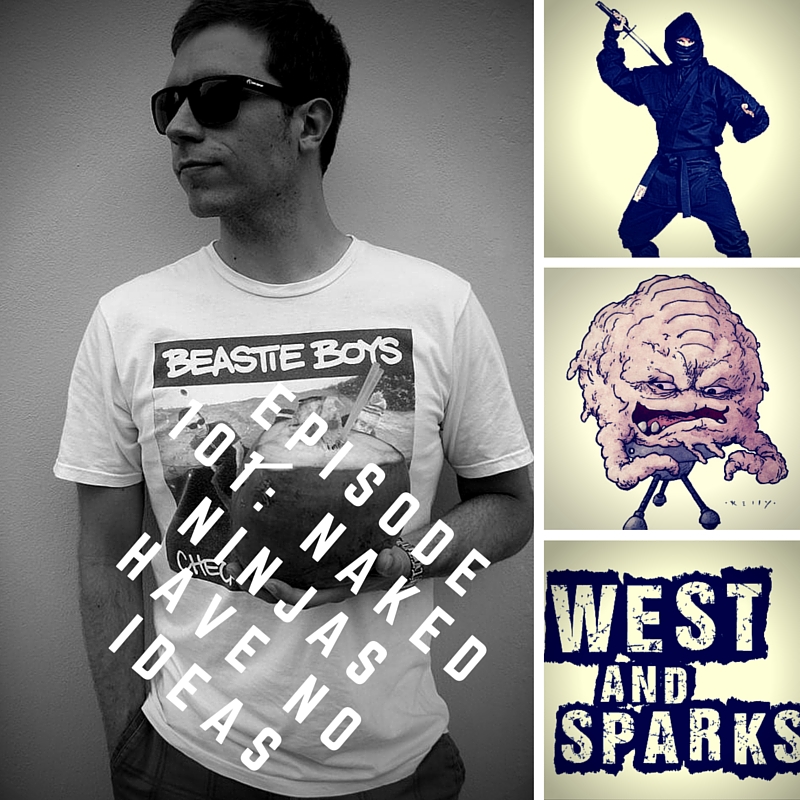 EPISODE 110 of West and Sparks TIMED Podcast is here! It’s like 101 Dalmatians with ZERO to do with dogs!  Let’s face it. Wednesdays suck–hell, every weekday sucks–but it’s time to sit back, laugh and drive within the limits of the law! Did your 4th meal not go too great? Have your ninja skills declined? Have you ever had no ideas in your brain? Then this is the episode for you! We also discuss magic wands, Krang and how to say the word, “Oregon.” Let’s do this!

You pick Ryan! -Airlines or ninja?Don’t be such a baby

There’s a baggie, baggie in my britches! Stored in a split the doesn’t require stitches! At the courthouse, about to be arraigned, something’s in my ass and used to treat pain! Cocaine, he fine white powder, shoved in my rump, so I can get a higher after hours. Used to treat opioid addiction, they found on their own, shoved next to cocaine was tab of __________

You on snapchat? I’m on snapchat! Let’s do this! pic.twitter.com/kENzxFDyi5

Why the FUCK does belly button lint always pile up? Always! Where does it come from? My shirts aren’t that linty! — Ryan West (@RyanWestt) February 23, 2016