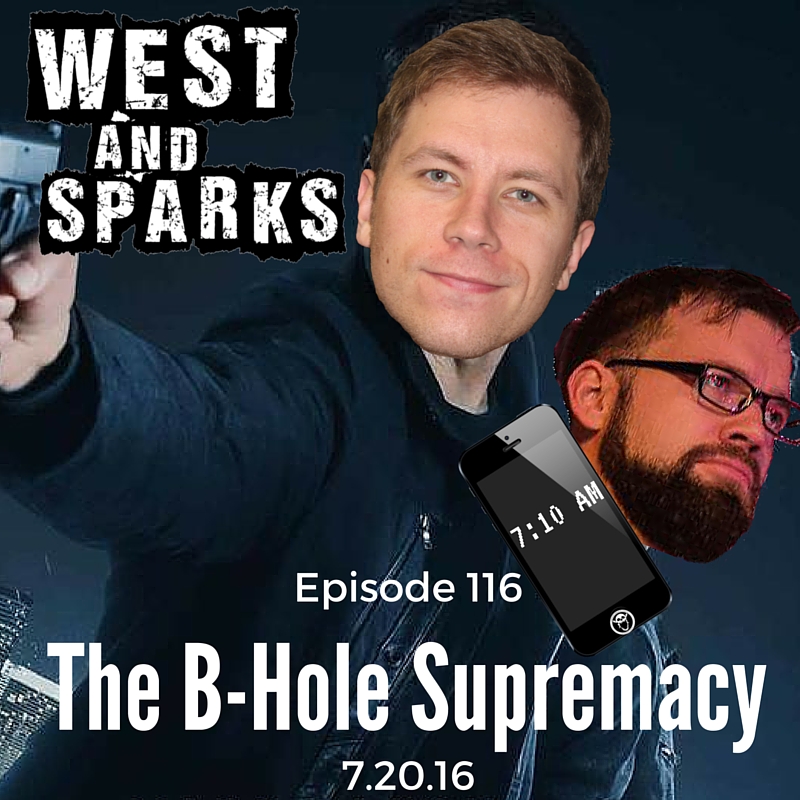 West and Sparks is all about discovery today! You’re going to learn more about Ryan West in the first 5 minutes of this episode than you have in the past 2 years!! Also, we’re talking: Japanese Nipple Man, ultra-violent Ice Cream WARS, and there’s some Sparks CAN’T TALK ABOUT!!! Listen in as we bring the News and Comedy in a TIMELY FASHION! This is episode 116 of West and Sparks!

Coming home. Coming home. A nice event. Coming home. What a relief. “Ah,” you say. It’s nice to be home. OR IS IT?! It’s not so nice to be home when a fuzzy, gray intruder is there and it’s turning tricks! In the slam-bang-trick-turning-thrill-ride-of-the-season, it’s What the Fuck is this Koala doing in my home?!

My prostate is all cancer, Doc’s got the answer, hit it with radiation, but here’s the frustration. Prostate close to my b-hole, makin it all swole, and bleeding from my buns, it never very fun. Gotta try something new, to inject in my West Virginia poo, wanna take dumps, so build a wall like Trump. Going in for Chemo, my prostate I’m going to repo, giving the cancer hell, now that my rectum got the _____