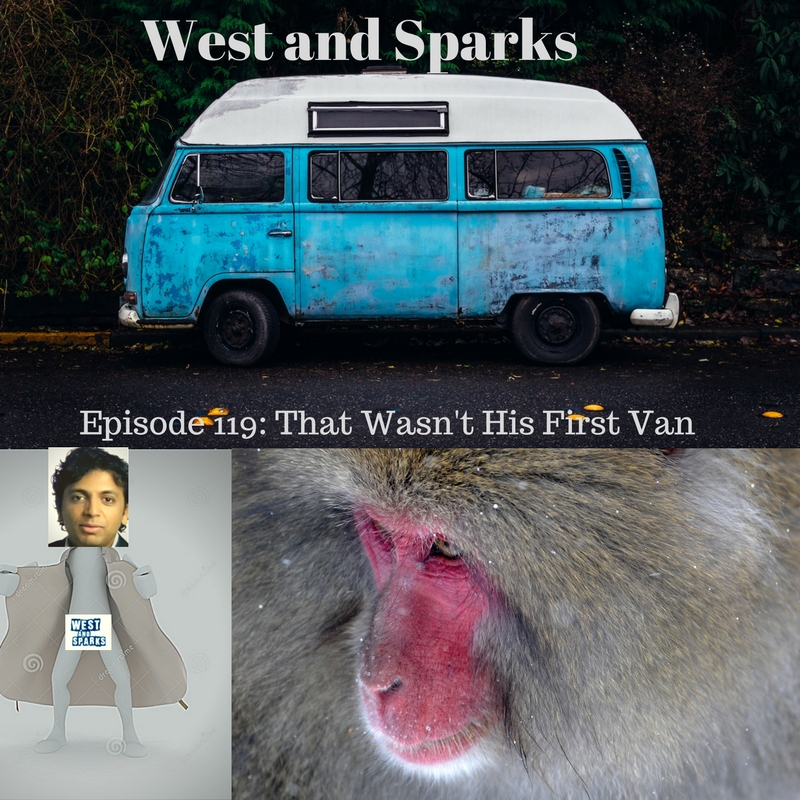 West and Sparks TIMED Podcast! Here to bamboozle your ear drums with fresh content! Sparks shows up to the podcast on time–Hell, even EARLY! Also, we talk about people who have sex with motor vehicles, public flashing and the sequel to the movie, Congo. Have a listen!

Bring Me My Shorts and A Bible

Uh, oh. You thought the movie Congo was a one and done sort of deal. After all, how could violent primates ever be represented as well again? Man, they knocked dat shiz out of the park, when violent gray monkeys didn’t want anyone discovering their lost city! Now, it’s time for a primate origin story! From the makers who brought you, Dude, Where’s My Car and From PRUSSIA with LOVE, comes a tale so ape-shit that you’ll have to wear a diaper just to get through it! In the slam-bang-don’t-monkey-around-thrill-ride-of-rolling-back-the-prices-season, it’s AW NO! A MONKEY IN A DIAPER!