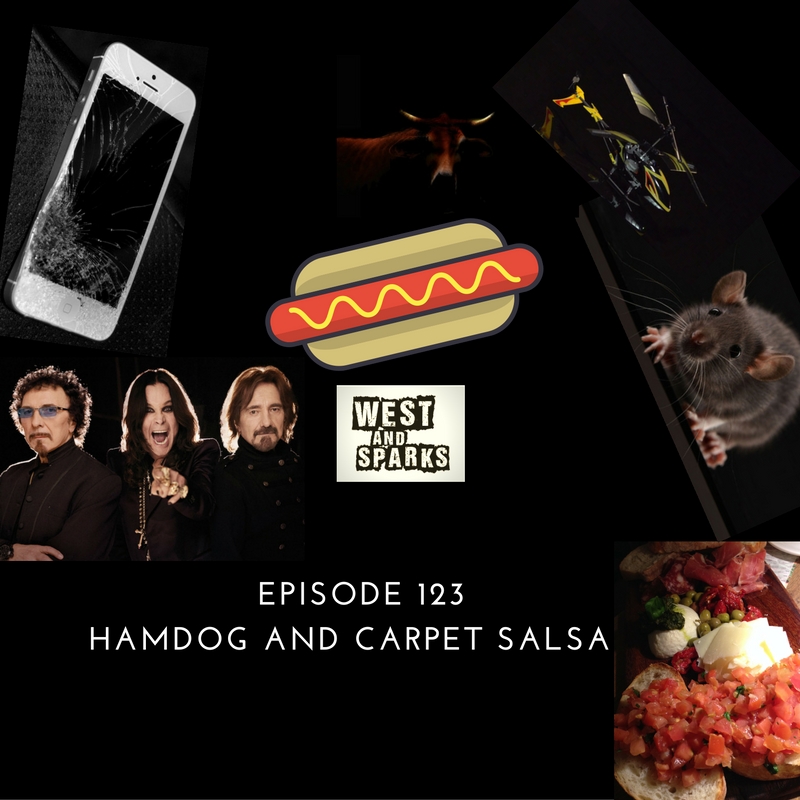 Boom! We are back! It’s time to talk Black Sabbath, iphone 7, fried rat, cows taking down HELICOPTERS, and so much more! This is a podcast about the important stuff going on around the world! Get some!

Man versus Cow! Cowman! Can man’s greatest technological advancements fight off a living, breathing slab of meat?! HUH?! What happens when you want a patty but the patty ain’t gonna die! Patty AIN’T GONNA DIE TONIGHT, SON! In the slam-bang-helicopter-spinning-steak-thrill-ride-of-the-season, it’s “COWABUNGA!”

Am I homeless if I’m renting a place? Can you tell if they’re evil by seeing their face? Casually walking, I fell from the landing. Face full of poo, I look up where I was standing. Stinking like never before, I took off my clothes and went for the door. “Oh hello there landlords”, I said with glee. They then took a pole and shoved in my hole…not the one from which I pee. But the act wasn’t done, they were still having fun, and decided something else should go betwixt my buns. Like a bidet from hell, the pain arose, because they went to the garden and got the ________

Everything Michael Jackson’s kid says is a “Blanket statement”

Just heard a news anchor freak out about “the invasion of slimy, green algae.” Shaking in my boots.