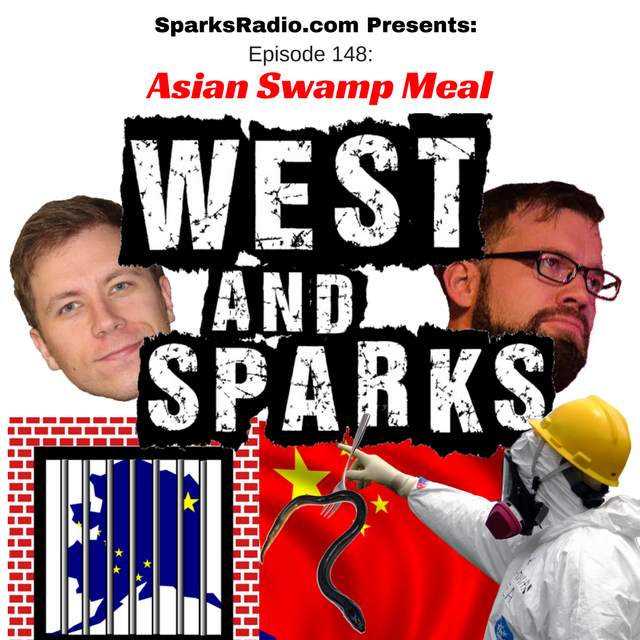 We’re back now that West is back from performing his ultimate manly duty of…painting! We’re talking about how to make the worse day ever EVEN WORSE, Uncle Fat the monkey, and what happens when someone drops an eel in your pants! It’s the NEWS you’re only going to get here, so listen up and laugh to episode 148 of West and Sparks TIMED Podcast!

I know a fun game, it’s more chutes than ladder. Let’s drop it in his pants, no way he could get madder. Drop, plop, where did it go? Seems it went to the poop you stow. Time for surgery and to be very brave, something’s gone up up the original man cave. Still alive and refusing to leave, just get it out of my body sleeve! Going to be alright and start to heal, what was inside was an Asian swamp___ _____

You know, some guy’s job title was once “computer.” He too had trouble opening windows…