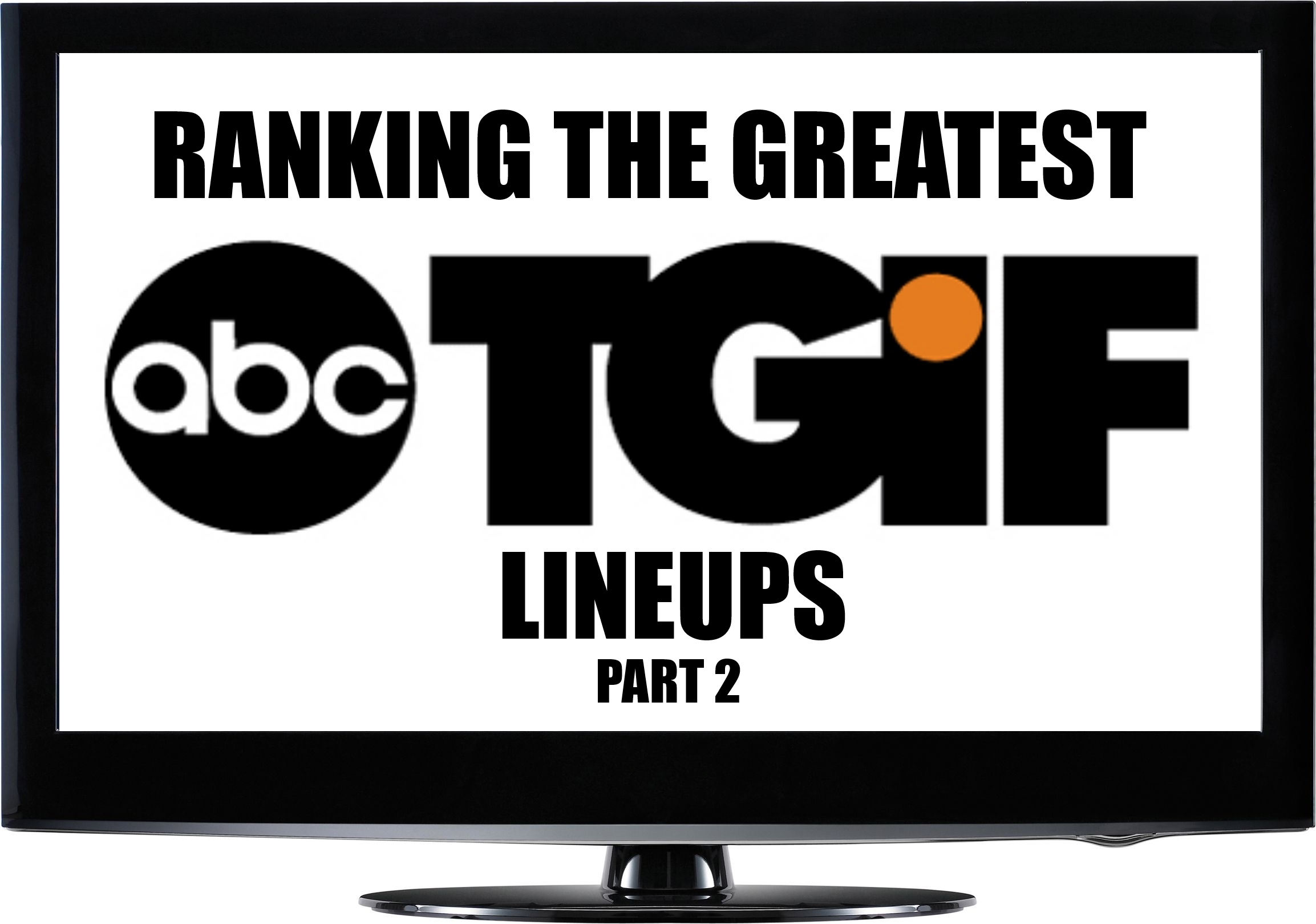 Shakespeare once said “brevity is the soul of wit.” Well, ol’ Billy boy never had to weigh the many difficult variables associated with choosing the greatest TGIF lineup.

Like mentioned in Part 1 of the greatest TGIF lineups, this article quickly ballooned to over 3000 words, so I am here to present the exciting conclusion to the question that has plagued mankind since last Friday, “What Is The Greatest TGIF Lineup?” We’ll pick up where we left off, with #2 in our countdown…

This season was almost my number one, but I had to take some points off for various reasons (mainly Clueless, the TV show). I call this the 90’s Kids Takeover because this year truly to me exemplified being a kid in the 90’s. This is also I feel when TGIF began to shift from the family driven stories, to more “I’m a teen and I am in a jam” scenarios. It could also be said this is one of the last years I watched TGIF religiously.

8PM: Family Matters
Come on, what can I say? 96-97 represented its “Final Year Tour.” I mean if this show was an athlete, it would have been collecting gifts from all the other shows as it traveled around in the 96-97 season. Plain and simple, a giant breathed its final breath this season and it was epic. In fact I’d say the reason TGIF faltered was because it lost its lead-off hitter in Family Matters after this year. ABC could never find a suitable replacement and it changed the 8PM lead-off show every year for the remaining TGIF run.

8:30PM: Sabrina, The Teenage Witch
This show made its debut this season and garnered 17 million viewers on its pilot, keeping it in the TGIF block for the next four years. I’ve since watched Sabrina, (on ABC Family reruns, or Amazon Instant Streaming) and I can say this show is THE quintessential 90’s pop culture references show. You will not find a show more chocked full of 90’s references then this show. Britney Spears, Backstreet Boys, Nsync, 10,000 Maniacs, Ru Paul, and Brian Austin Green all made appearances early. Smash Mouth tunes were played constantly. Belly rings, razor scooters, platform tennis shoes, wanting a car being a major plot line and just the way the dialogue was written will instantly take you back to the 90’s upon viewing. Just look at the “Soundtrack” for the show below. You couldn’t find more 90’s artsits on one disc unless you were NOW!: Volume 1. 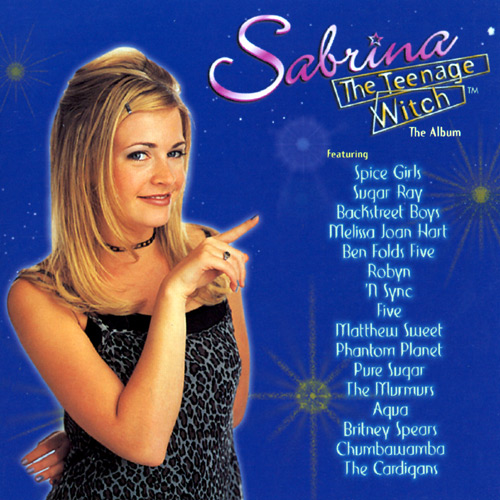 Photo Credit: UnfortunateHastags
Favorite Episode: Gotta be the episode where they stand in line at a CD store (yeah remember those?) all night to meet the Violent Femmes. Doesn’t get much more 90’s than that.

9PM: Clueless
Again much like Baby Talk of the 91-92 season, this is definitely the stinker of this year. Again they tried to transfer a movie teen hit to TV and it failed. Almost everyone from the movie appeared on the TV show, except the main character. Yeah, that’s probably something you should lock up first ABC.
Favorite Episode: The one where she says “as if” and goes to the mall.

Gif Credit: GlobalGrind
I’ll get into this more later, but come on. While Sabrina was the quintessential 90’s pop culture show, I’d say BMW is the show anyone between the ages of 7-14 in the 90’s identifies as the greatest show in the 90’s. In terms of the TGIF lineup, it might be tops (maybe Family Matters and BMW duke it out for supremacy) but only a few shows did an entire run on TGIF, and BMW was one of them.

Favorite Episode: This season the show was really hitting its stride. So many great episodes happened this year, if I had to pick one? Long Walk To Pittsburgh. Topanga has to move away, but then shows up soaking wet from apparently walking from Pittsburgh. We meet her Aunt, and she gets to stay in Philly and be with Corey. That’s damn fine story telling.

We’ve reached the point everyone has been waiting for…the undisputed greatest lineup in TGIF history!

Photo Credit: TheBacklot
This season of television just might be the greatest of the last 30 years of TV. I dare anyone to choose a finer block of TV from this era at least (you NBC “Must See TV” fanatics might be able to bring forth some decent competitors, I’ll give you that). You had perennial juggernauts, and out for blood newcomers. Pound for pound, if any network picked up these four shows and ran them in a block again, I would be glued to my TV every week. This lineup, (that stayed the same for the next 3 years) had the longest tenure together in TGIF history. A true murderer’s row of sitcom history. This lineup definitely has its jerseys retired in the ABC Hall of Fame.

8PM: Family Matters:
Like an old true friend, we have old faithful in our lead off. This show was raking in viewers every week and leads off the best iteration of TGIF. I don’t think it’s any coincidence that Family Matters finds itself on this list 3 times. This show led off TGIF 6 years in a row. I don’t think it’s any fluke TGIF thrived when this show was leading off the best two hours in television. For real, go back and watch this show. You might reconsider Breaking Bad as the all-time greatest show. [SPOILER] Carl Winslow would have totally caught Heisenberg and took him out in Season 1. Hank is a fool, Winslow FTW.

Gif Credit: Tumblr
Favorite Episode: Any episode with Stefan Urquelle. You remember? Urkel would go in a porta-potty and come out all suave and shit. Best part was, they ripped off the Superman/Lois Lane love story, because Laura always loved Stefan, but when he was Urkel, couldn’t stand the dude. Fun side note, a few years ago Jaleel White was on Dancing With The Stars and said the year that changed his life was when he played Stefan in a few eps of Family Matters. If you aren’t dying laughing or crying because that’s a beautiful statement, you have a cold, cold heart.

8:30PM: Boy Meets World
Best way to describe this, Dwayne Wade, meet LeBron James. You kidding me with this lineup? I get to see Urkel trash the Winslow house, then watch Cory and Shawn get into all kinds of shenanigans, and it’ll all be in the same hour? There’s no reason to watch TV the rest of the week. You get more laughs per minute in that hour, than you could possibly stand. Just break the knob off your TV now, and we’re only halfway through this lineup. 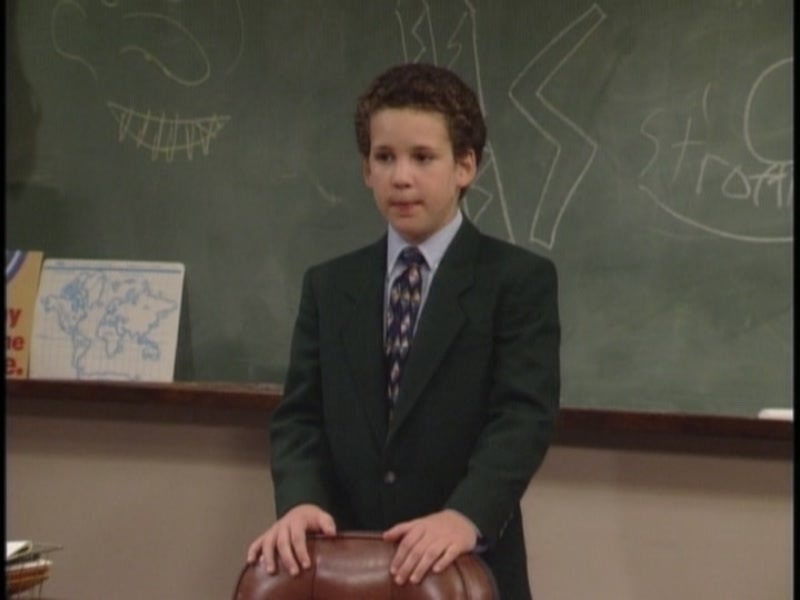 Photo Credit: GoldenAge4Kids
Favorite Episode: Gotta be Teachers Bet. Cory and Feeny bet that Cory can teach the class better. If he’s right, he pockets 1/5 of Feeny’s weekly salary. If he’s wrong, he’ll lose his beloved bike. It’s a dangerous game Mr. Matthews is playing, and in the end they both learn a little about walking a mile in the others shoes.

9PM: Step By Step
This show stuck around, I’ll give it that. ABC knew what they were doing when it came to this year of TV. Sandwich your newcomers with the old trusty hits. I mean Step By Step was rolling in their prime at this point, and viewers were blown away every week with the creative genius’ of Miller-Boyett.

Gif Credit: Tumblr
Sure, this is definitely the weak link of the bunch. But when Mark Curry teaching history and coaching basketball is your weak link, that’s a situation anyone would love to find themselves in. I caught this show at about 5am the other week on Nick at Nite, and the acting, writing, and delivery were all smooth, like a well-oiled machine.

Favorite Episode: Boyz In The Woodz, A bunch of California city folk, stuck out in the woods? Practically writes itself. 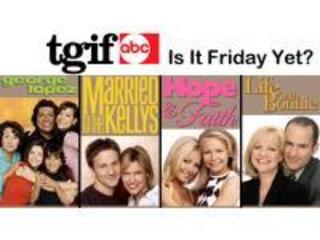 Photo Credit: 10News
*Sorry for the photo quality, but I felt it best exemplified how horrible this season of TV was*

This season was the second to last of the TGIF run and it’s pretty apparent as to why. Gone are the likes of Family Matters, Boy Meets World, Sabrina, and Step By Step. It’s almost not even recognizable or conceivable as to how a giant like TGIF could be slayed, but ABC found a way. Like I mentioned earlier, if the loss of Family Matters was the beginning of the end, losing Boy Meets World was the nail in the coffin. When we watched Feeny in the last episode say “I love you all…class dismissed” he might have well as said “ABC, your screwed.” I won’t even comment on the individual shows, because it should speak for itself why it was so bad….

8PM: George Lopez (really ABC? This is how you honor the once great Family Matters timeslot! Unforgivable!)
8:30PM: Married To The Kellys (WTF is this? If anyone could tell me about this without googling they most likely own more than 3 cats)
9PM: Hope & Faith (Oh the woman Regis’ talk show got a sitcom? Yeah she must be funny! Good God!)
9:30PM: Life With Bonnie (Another failed Bonnie Hunt sitcom, honestly who keeps giving her work?)

On A Separate, But Just As Awesome Note: 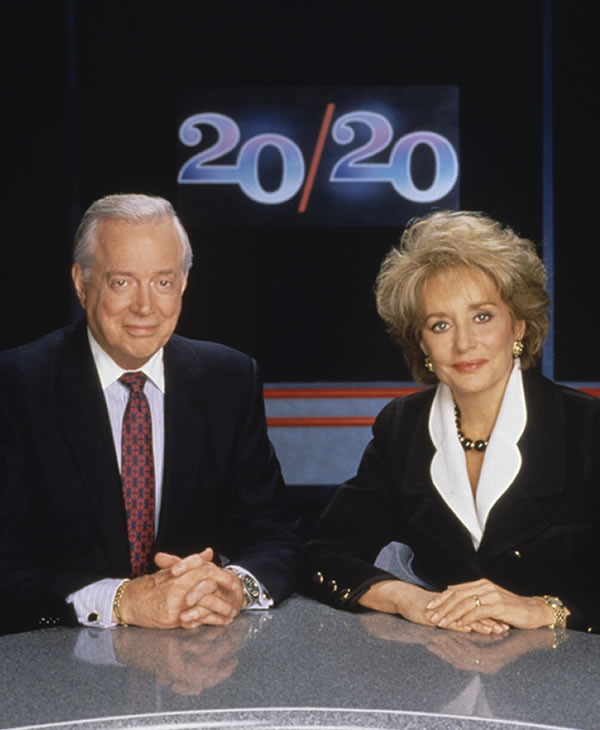 That brings our countdown to a close. I’d ask what you think, but I know it’ll just be a flood of “damn you’re right Paul, as always” so I’ll pose this question. Design the greatest TGIF block using any show from the TGIF run or offer me your greatest TGIF show? BMW? Family Matters? Dinosaurs? Use the #SparksTGIF, and lets settle the greatest debate of our time once and for all.