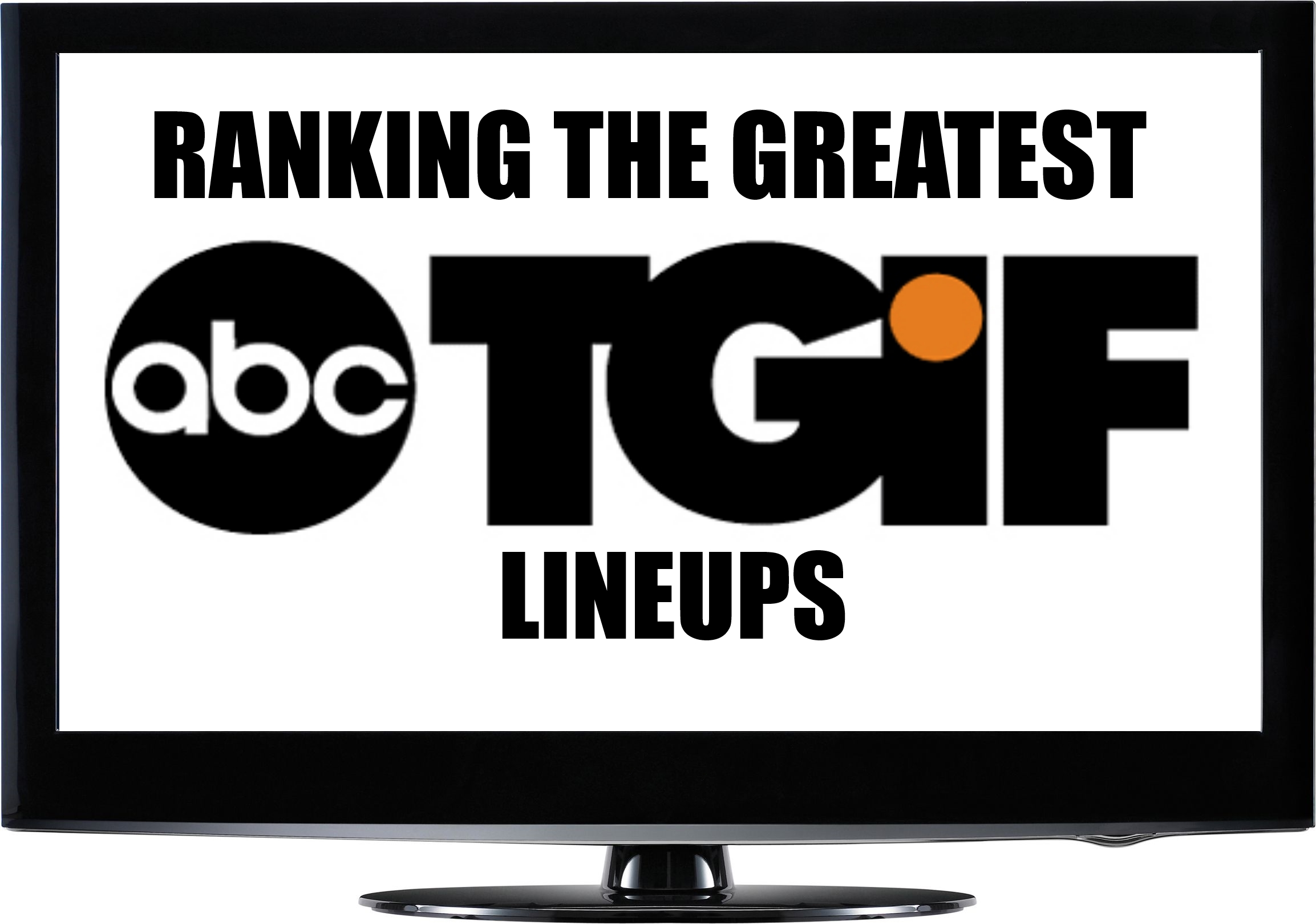 First off, in the 90’s there was no better place to be on a Friday night then in front of the TV kicking back watching some TGIF!

Sure, the glasses of nostalgia might make me look back on this more fondly then I should but you couldn’t get me out of the house on a Friday night for anything. To this day I can still sing the original theme song (yeah that’s right TGIF had its own theme song, do you remember it?), and for some reason my wife isn’t impressed by this. I contend it’s one of the reasons she married me, but I digress…

This television lineup was a powerhouse for ABC, with many networks trying to emulate its success but no one could touch it. ABC had such success with it; they tried a short lived “I Love Saturday Night” to try their best to keep our asses on our couches two nights in a row. How big was TGIF you ask? Well I don’t know anything about Nielsen ratings, but I know that if you showed up on the playground on Monday and didn’t know the latest exploits of the TGIF gang, you were in for verbal ridicule, and most likely an ass-kicking. Missed the TGIF all shows crossover event in the fall of ‘97? You might as well switch schools bud. Your life was over.

All in all TGIF ran for 14 years (no, I’m not counting their new Comedy Friday lineup, keep the classic name ABC and maybe I’ll tune in), and the block of shows went through a series of show changes. Even in its heyday, only three times did the shows remain the same for an entire season. With that many lineup changes, what truly was the best lineup of TGIF? Well that’s why I’m here.

As a nerd, with no skills, and nothing but time on his hands I can honestly say I’ve thought long and hard about this question. Once before, upon meeting someone (and a few drinks deep) I asked them what their favorite lineup of TGIF was. We’ve been lifelong friends ever since. So I’m here to clue you in on which year was the greatest for working on your cushion ass groove with “The Three Greatest Lineups In TGIF History.” Sure, it may not solve our energy crisis, handle international terrorism, or help save the ice caps from melting, but have you met me? You wouldn’t want me trying to solve those problems. This is my area of expertise. Sit back and enjoy!

That’s right; I’m truly throwing it back to the infancy of TGIF. This was the 4th year of the comedy block after being labeled TGIF. Shows are classic Miller-Boyett hits that we all fondly remember.

8PM: Family Matters
Leading off with a heavy hitta. This is like putting Derek Jeter in the number 1 slot. Guaranteed laughs and people are hooked in to a night of Urkel antics, with Carl Winslow working the mean streets of Chicago.

Favorite episode: Life Of The Party, Season 2: Urkel gets drunk on some spiked punch at a rooftop party and does the Urkel Dance. Then has to be saved by someone walking a tightrope for some reason. Hitch up your pants gang, TV don’t get any better than this…

8:30PM: Step By Step
After Victoria Principal woke up and found Patrick Duffey in the shower, he married Suzanne Somers and had a bazillion kids (true fans of 80’s and 90’s TV will get that reference and laugh). I mean this shit was our generations Brady Bunch. The roller coast intro, that theme song, this is the classic 90’s intro that “Too Many Cooks” wishes it could be.

Favorite Episode: Anything with Cody Lambert (Sasha Mitchell). Guy’s acting skills were on point (see picture below). No better brainless nephew with a heart of gold in the history of TV. I challenge you to prove me wrong. 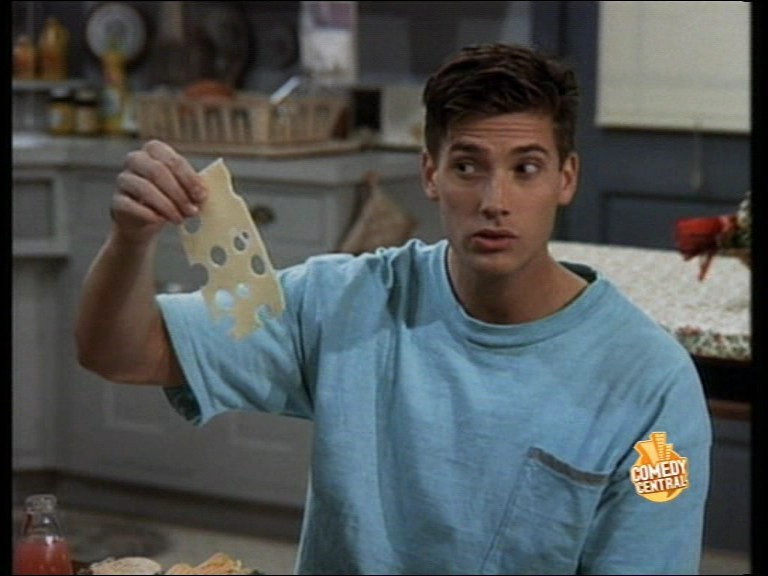 9PM: Perfect Strangers
Boom, you’re rolling on the floor dying laughing after JT got into some hijinks, and Carol was cutting hair in the extended kitchen hair salon on Step By Step, and you’re hit with Perfect Strangers. If there was a TGIF Retirement Home, this show would be the old timer sitting in the corner, you just know can roll with the punches and kick some ass. This is the sleeper of this lineup, not family based, but got some heart. 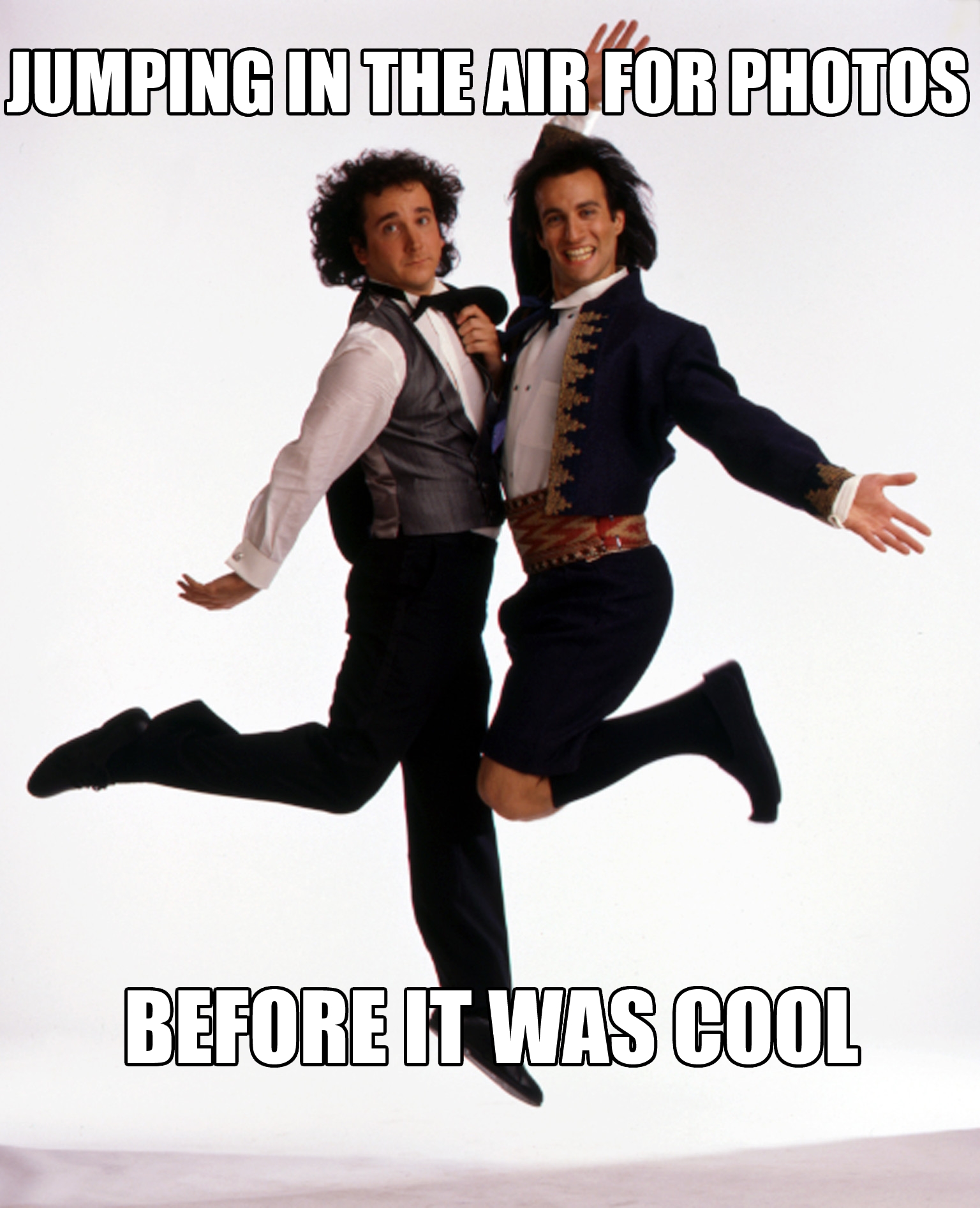 9:30PM: Baby Talk
This is definitely the stinker of this lineup. I mean, you look back through the various TGIF lineups; it’s tough to find one that doesn’t have at least one stinker in the bunch. I mean this thing didn’t last more than one season with the three powerhouse lead-ins in front of it. That should tell you how bad it was. I fault it because it did the sin of television and tried to translate an idea from film (Look Who’s Talking) and put it on the small screen (besides MASH, when has this worked?). But instead of using John Travolta, Bruce Willis and Kirstie Alley, they went with no names and this show floundered.

Favorite Episode: Honestly couldn’t even name one. This was usually the time I’d go shower before 20/20 came on.

When I started writing this, I thought it’d be a fun quick little article. Well, after much research and writing it ballooned to over 3000 words. So I feel as though I will use an old trick that 90s shows love to use and say… 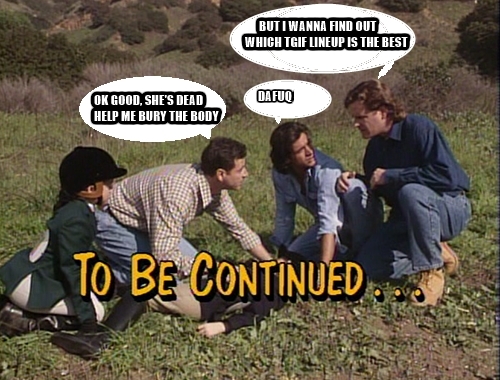 …Join us next week for #2 and #1 on our list of “The Greatest TGIF Lineups!