Every year the holidays come and go and what seems like faster and faster each year. But as we drive back to our houses we reflect on what we have learned about the holidays. Here are a few things that always seem to smack us in the face around December 26th.

Christmas Food Is Not As Good As Thanksgiving Food 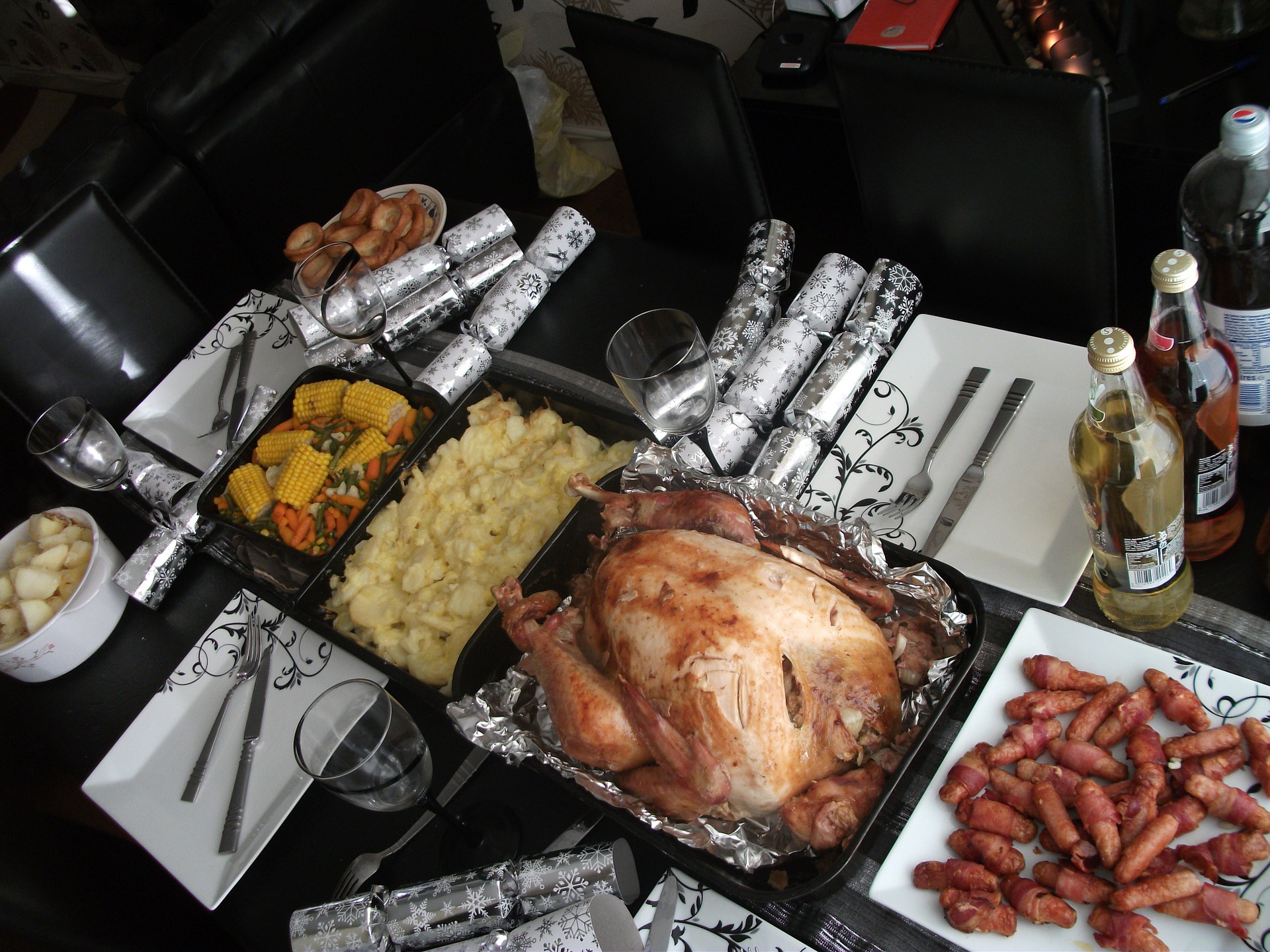 Thanksgiving food is awesome. Turkey, potatoes, cranberry sauce, yams, and pumpkin pie all are the best. And let’s face it, these leftovers are almost better than when you first eat them. For real, a turkey sandwich on the day after Thanksgiving is amazing. The problem with Christmas is there isn’t a defined meal for Christmas. Thanksgiving and turkey are a given, but Christmas has nothing so people just make whatever and there is no better reheated meal than turkey and gravy so you’re left with a meal that might not be the best the day after. I think congress needs to pass a Uniform Christmas Food Law and we come up with something that can rival the Thanksgiving day meal.

This is nothing new, but every year we forget this and then it rears it’s ugly head. First, you never know what to get someone. Then it becomes, if you get something will that person even like it? How much money should you spend, and even worse, if that person gets you a gift more expensive than yours you feel bad. Then just going out to get the gift and fighting other shoppers will give you nothing short of PTSD flashbacks come January. And going hand in hand with giving…

Giving and receiving are just a part of the holidays. But let’s face it, getting gifts is probably more stressful than giving. First when you are handed that box, you have no idea what’s in it. It could be anything and that kind of unknown is scary. Then everyone is watching you open it. If you got a big family that’s a lot of people watching you. Watching your every micro expression. “Does he like it” “is it what he wanted”, “how’s he gonna react?” all questions that they are trying to read from your face. You have to step up your game and have your acting skills sharpened. Even if you love the gift you got and it’s exactly what you asked for, you gotta make sure you thank people endlessly and don’t wrinkle your face in any way. Plus, those few days before Christmas you gotta make sure you don’t mention something that you think is dumb, because maybe that person got it for you (happened to me a few years back, most awkward few days of my life). 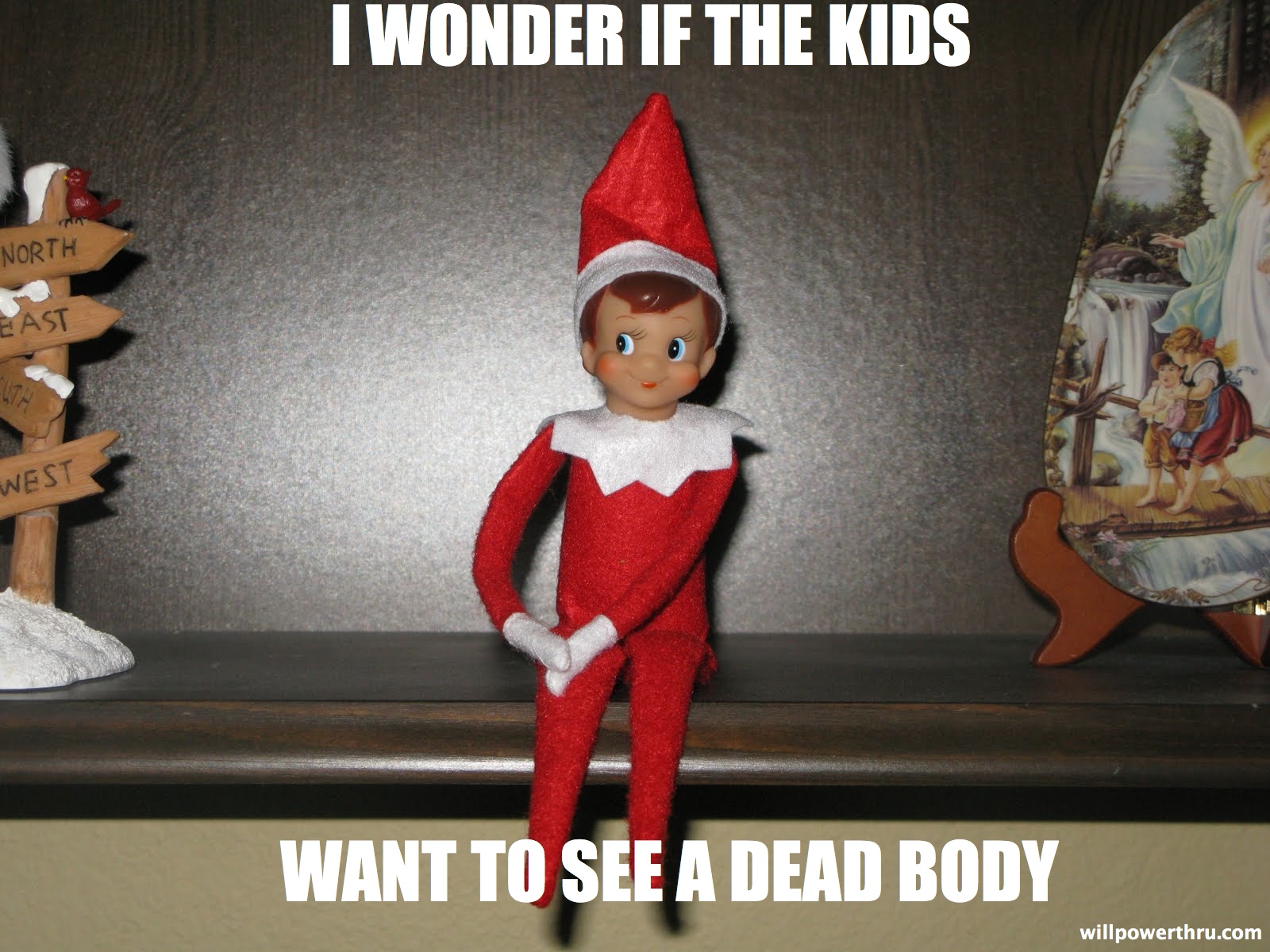 Photo Credit: Newschoolers
For real, this thing is creepier than Chucky…

This has been coming for a long time and since no one else wants to say it, I will. Elf on the shelf is creepy and quite possibly will be the downfall of our nation. The Santa lie is one thing. Telling kids that a guy gives them presents if they’re good might be fine, but telling them that a little elf runs around their house and watches them and reports their behavior back to Santa is insane. First, big brother much? When I was a kid my parents would just say, “remember, Santa is watching”, or “are you being good?”, and that was enough for me to get back in line. But now parents use this creepy little toy to make kids be good. Also, how do kids these days buy this line? How can they not look at a GI Joe or Barbie and not think it is reporting to Santa? I will never understand how kids can look at a sock with a face and think it flies to the north pole every night and reports to Santa. Also, now we have kids calling 911 when they touch the elf, and how can kids not figure it out when every story on the news is about some guy posing his elf in funny ways beats me. Makes me concerned about this up and coming generation. I have to rely on a bunch of people who think a creepy toy is real to support me when I’m on social security? I’m screwed. And speaking of kids…

Kids Are The Worst 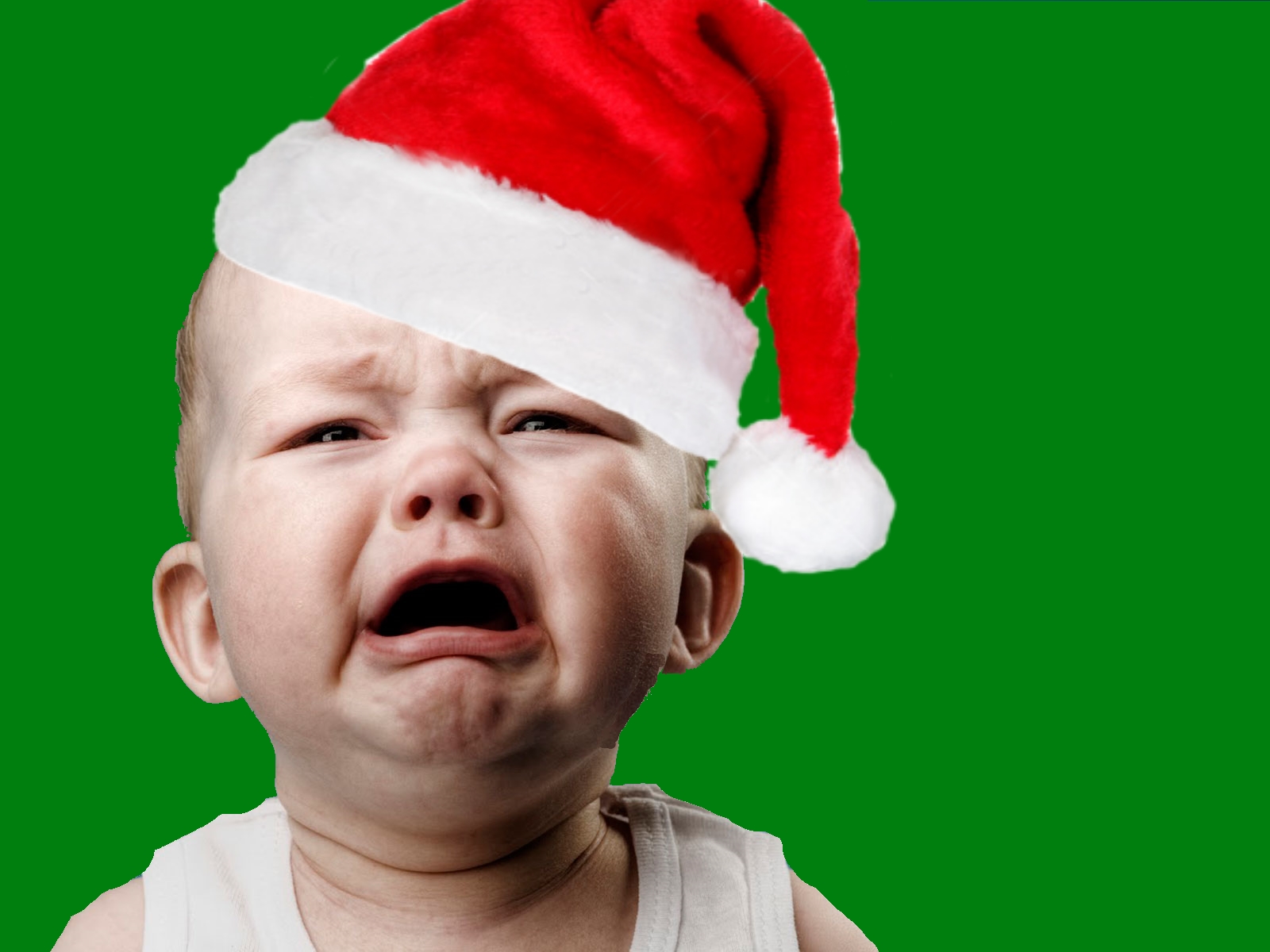 For real, kids are like wallstreet bankers when it comes to Christmas. They know they are getting stuff without earning it, and they want more of it. It’s insane. You know how they say technology has advanced exponentially in the last 100 years. Well so has the number of gifts kids get. Probably back in 1900 kids got 1 gift, maybe, and it was probably something useful like an axe to chop wood, or a polio shot. But now, kids get at minimum 15 gifts and it’s all trash. Stuff that is in no way useful, other than to help them have a “happy” childhood and make them softer than they already are now. It occurred to me this Christmas, we spend the most money at Christmas on the group that needs the least. Does your kid really need 15 more toys? No. The 1500 they already have should suffice. But me over here with a high rent check, insurance payments, phone bills, and medical insurance costs is left holding the check. Next year I’m gonna give the kids in my life my car insurance monthly bill and tell them I expect it paid on time.

What did you learn this holiday season? Oh and by the way…Happy New Year, hah….